by Pam
Here is what Day 2 looked like. Can you interpret the meaning? 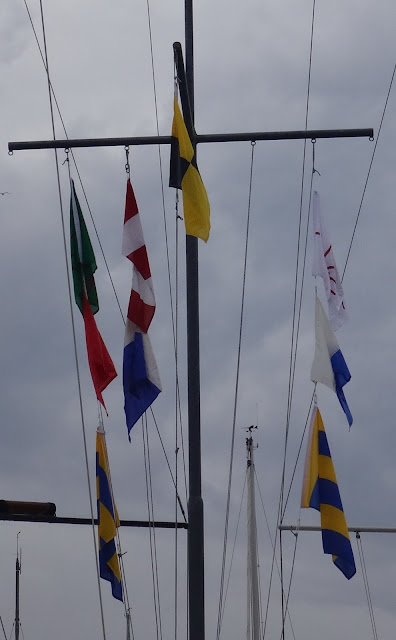 Fortunately, the flags were flown early in the day which gave the sailors some free time. This sort of softened the blow of hearing that their lay day had been cancelled. They will attempt three races tomorrow.

We headed to the Diocletian Palace for a walking tour and saw many familiar faces along the way. Split is a beautiful place with plenty to see.  By the end of the day, I left Doug for a minute and when I came back, he looked like a homeless man begging for change. 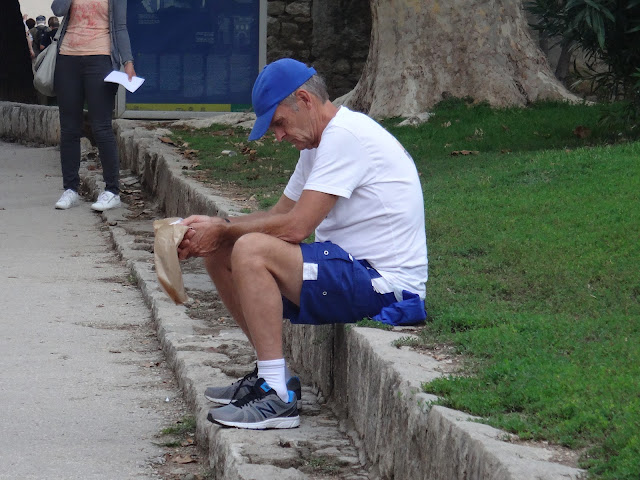 When I saw him sitting there it reminded me of the "Sitting Athlete" we had seen in Italy on a tour of the poet's house a few days prior, which Mark Bethwaite dubbed the "Sitting GGM." 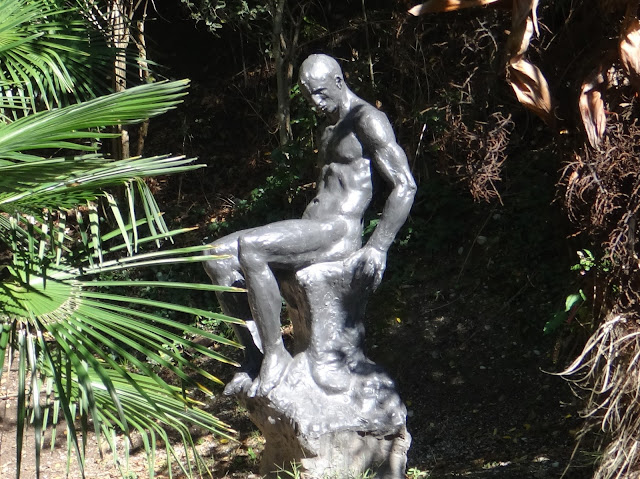 The good news is that I walked Doug until exhaustion and his broken ribs are not causing pain and he has not taken any pain medication for a couple of days now. The bad news is that the weather report I saw indicated that today was the best wind we're going to have all week. Let's hope the report was wrong. But, if not, Doug has a packed agenda of sightseeing ahead of him and he is apparently excited about it because he just edited my post to add the following: