By Doug
That's not a typo... Brian is my younger brother who today won the 2018 Mobility Cup, ’s national regatta for sailors with disabilities. Brian served in the Canadian Armed Forces and suffered a stroke ten years ago. He won comfortably and I could not be more proud of him. 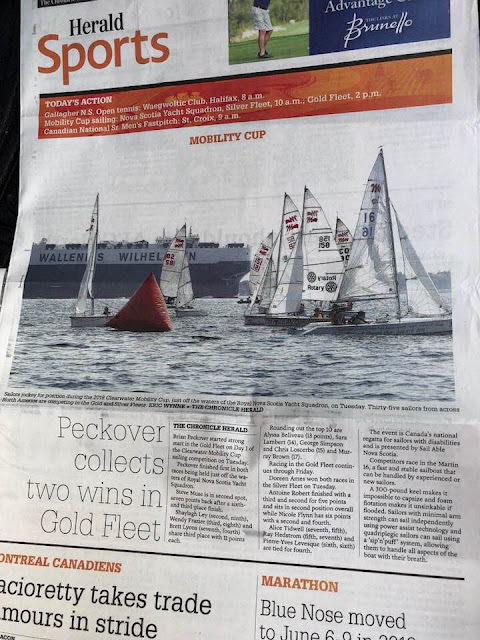 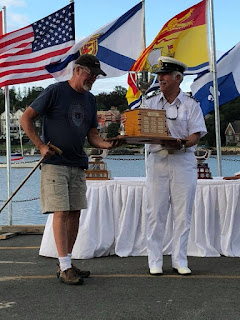 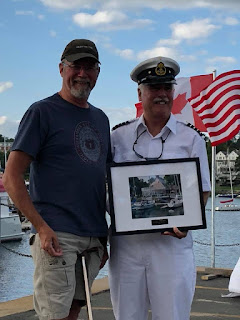 By Doug
The 2018 Worlds wrapped up earlier today in Aarhus , and both medal  races had really close finishes. For the Lasers, defending world champion Pavlos Kontides (CYP) had a small lead over Matthew Wearn (AUS), but if Matthew could put one boat between himself and Pavlos, he would win the championship.

Approaching the final turn mark before the short reach to the finish, Matthew (in blue) was in front of Pavlos (in yellow), with Matthew trying to pass Michael Beckett (GBR). 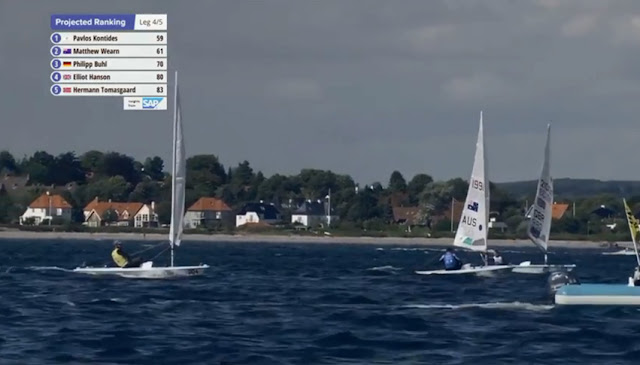 As they approached the bottom mark, Matthew tried to outrun Michael instead of going for an inside overlap to get room at the mark. 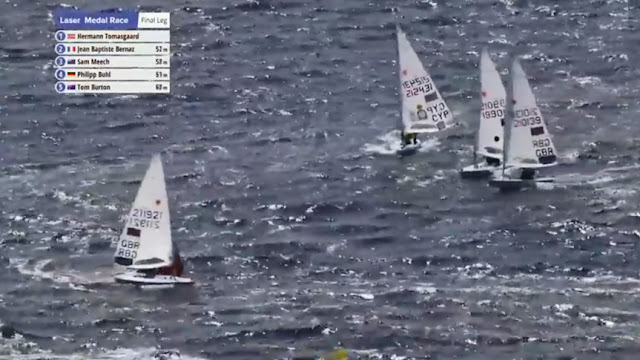 Michael hung on to round ahead. 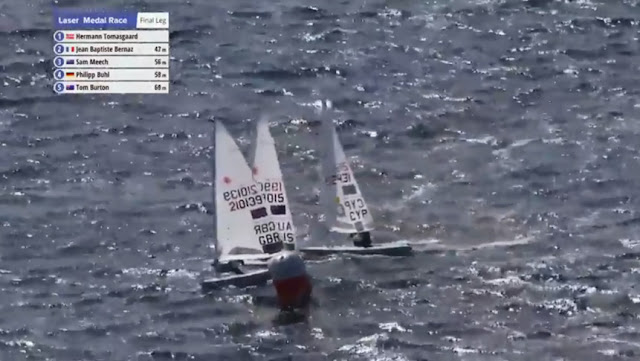 So Pavlos was able to defend his championship. 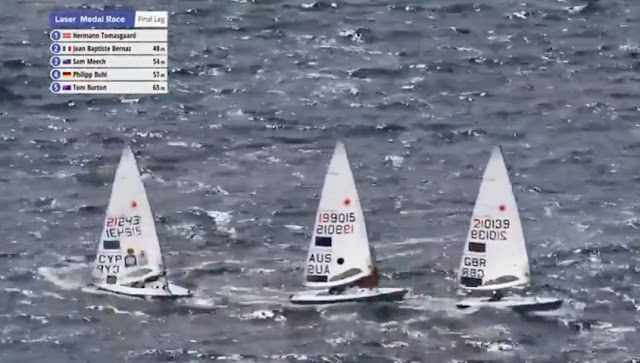 With the women in radials, Emma Plasschaert (BEL) won her first worlds ahead of Marit Bouwmeester (NED) and hometown favorite Anne-Marie Rindom (DEN). In this picture, Paige Railey (USA) is finishing on the right, but look at the times. Sarah Douglas (CAN) finished one second behind Monika Mikkola (FIN). So Monika ended up finishing fourth overall and Sarah finished sixth. 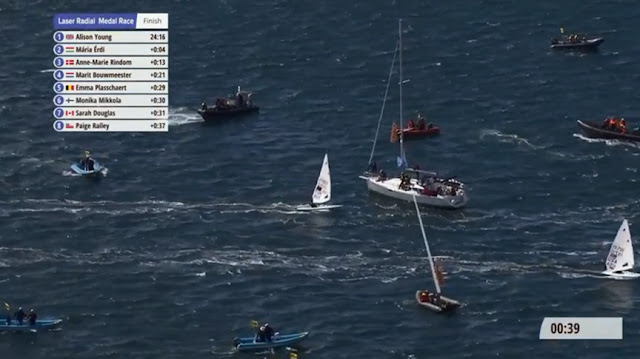 But in medal races, the points are doubled so if Sarah had finished two seconds earlier she would have beaten Monika and Paige to finish fourth. It was another great race and close finish!

You can watch both races here and the results can be seen here.