by Doug
The Florida Masters Midweek Madness was a two day event that started light on the first day but then got breezy on the second. Peter Vessella (USA) won the event with finishes in the breeze of 4, 1, 1, 1 against a competitive fleet. Here, he explains his starts, upwind strategy, Mark II setup, and how he adjusted his controls. There's a lot to be learned from  Peter's simple explanation.

By Doug
A good regatta strategy is sailing consistently to preserve your drop race as long as possible. In this way, you can use it for tactical reasons later on in the regatta. This certainly was not what happened at the 2013 Canadian Master Championships when I got a 29 in my first race (hate those 90 degree persistent shifts!) This appalling start really limited my strategy for the rest of the regatta.

A better example was the recent Rock the Ice event. After the first day I was in first place with 10 points and a 2 as my drop. My main competition had 15 points with a 4 as his drop, so a real difference of 3 points.

The next day would be light and Griffin is a great sailor with several advantages – sailing regularly on this lake, being 20 pounds lighter, and having the Mk II sail which I’m convinced is faster in these conditions. In fact, at times he had much better upwind speed.

In the next race at the windward mark, Griffin rounded just in front of me with the rest of the fleet just behind. Here were my options for the downwind leg:
It looked like this race would be my drop, so I decided to make the most of it. I covered Griffin going downwind, he defended, we sailed off to the left, and we lost many places. We played games on the next beat and final run, and Griffin finished with a 4 to my 6.

He had to count his score while I was able to drop mine, so instead of my lead being reduced to 2, it was increased to 5 - a nice cushion. This made the rest of the event easier so I could sail my own race.

Note to self: play it safe (one way described here), preserve your drop race, and use it in the second half when needed.
3 comments: 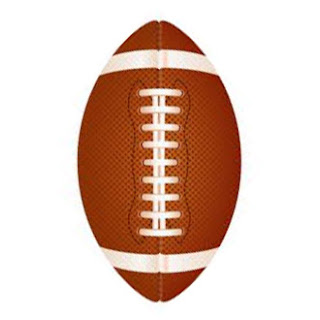 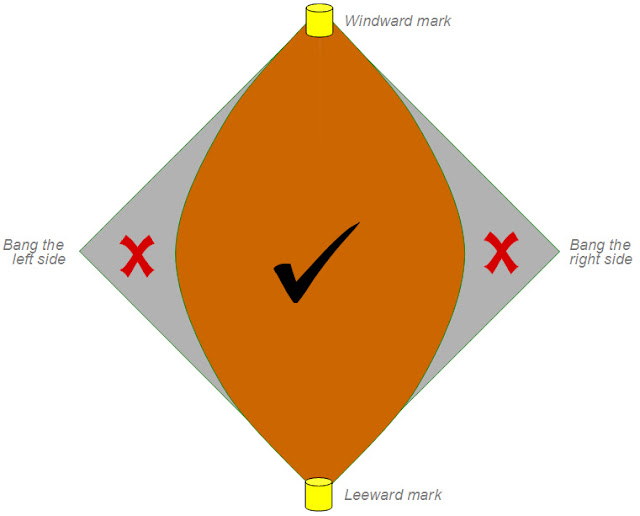