I mentioned to Pam that I wanted to try to make it to the Florida Masters week in February. Her knee jerk response was ‘then you better buy that new sail now and start using it and not waste the opportunity.’ Oh, the joys of being married to a sailor. Even a self-described ‘batshit crazy, menopausal’ wife seems to remain a sailor first and a wife second. Or maybe I just got lucky.

So, before spending the money, I decided to check with Brett Beyer and get his opinion on the break in time and competitive life of the sail. His reply surprised me. He bought a new Aussie boat and it came with the new sail, and he is currently on the fence about using it in Mexico.

With Brett's permission to share, here are the noteworthy points of our exchange:

Doug: From your experience, how long does it take to break in and how many regattas do you think that it will remain competitive? I noticed that the MK II is being made by both North and Hyde. Do you have a preference?

Brett: Most don’t realise that, at this point in time, there is a third manufacturer. Neil Pryde made in China. The Pryde sail is the only one we have access to in Australia. Time will tell if there is any difference.

I have a new sail supplied with my new boat … I am having second thoughts about which sail to bring over [to Mexico]. I have seen the MK II sail in a breeze and don’t think it is as good as the original. Up to around 15 knots it is an easy decision, but over that, I am not convinced as yet. For sure there are some variations in set-up with the new sail and we’ll have to get used to that in the future.

We have our Aussie National Masters in February and I plan to compete myself and use the new sail. I will decide on which sail to take to Mexico based on that regatta.

… I see the new sail as being pretty good straight out of the bag. The cloth is heavier and the shape better so not much push and shove required for the sail. At the top level, we were upgrading [the original] sails about every 30 sessions, maybe less if it those outings were generally windy. I can only imagine the new sail to have better life with the upgraded cloth quality and thickness.

Doug: … [Do] you mean that over 15 knots the original sail may be better? I would have expected the opposite.

So if Mexico is under 15 knots you'll probably use the MK II, and over 15 knots (which many expect) you're still undecided?

Brett: Yes old sail may be better over 15 knots. The Cunningham doesn’t work on new sail as effectively so the concern is how to reduce power on new sail. Vang on and ease/play sheet seems to be only option and this adds another dimension to upwind. Whilst I'm quite happy to play the sheet to balance power, I know many Masters will not/cannot.

And if Mexico has swell, then this becomes even more critical and I’m not sure with my 88kg and ability that this is the best option. …

Brett: The new sail has straighter and firmer leech and better shape at top 1/3rd of the sail. This produces more power, and theoretically, more speed. But only if you can manage that power. With good technique.....good fitness......or enough lard, it seems you can manage this extra power up to around 15 knots.

By Doug
The current issue of NA's excellent The Laser Sailor has a report on page 18 about how "Ed Adams was having one of his rock solid, consistent days when he had to retire from the last two races of the day due to a rotator cuff issue in his shoulder. One thing about being a Master sailor is bodies and boats do on occasion need maintenance."

This type of injury is strange because the pain can develop over time and it's sometimes hard to know how the tear started. I'm pretty sure that it was from rounding a bottom mark, grabbing my cunningham, and pulling it by leaning back as hard as I could. My left shoulder has never been strong so pulling like this for a breezy upwind leg was asking for trouble.

About two years ago, an MRI revealed a partial tear and surgery was scheduled. I was not looking forward to the 6 month recovery time that other Laser sailors had described. Enter Pam and her amazing research skills. She discovered a non-surgical treatment that we shared and, sure enough, my shoulder improved to the point where it no longer bothers me. 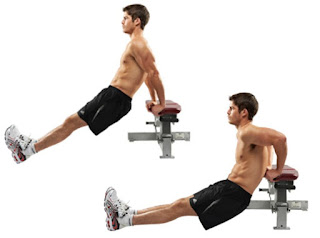 Update: there was another thing that I had learned about how to release a cunningham with more purchase that protects your shoulder but I checked with Jean-Luc, our Chief Measurer, and he says that is was not permitted under Laser rule 3 (b) x.
My left shoulder has recovered 100% without the need for surgery. And I still religiously go though my stretching routine before each sail. It's very cheap insurance.
2 comments: