by Pam
Everyone keeps asking and the people that know aren't talking. I don't have any insights but every time I go to check the status, it takes me too much time to find everything again. So, the below case headings are links that will take you to the public data available. I've summarized what I saw as coming up but if I have it wrong, please correct me.

The trademark cancellation stuff is all public and it's just a matter of understanding the cancellation process. Looks like everything is proceeding along.

The lawsuit is quasi public and from my calculations a Joint Status Report is due on August 24th which should shed some light on how things are going and whether there was any progress in the mediation. A few of the parties have been dismissed.  A couple more are trying to get dismissed. It's all moving very slow. 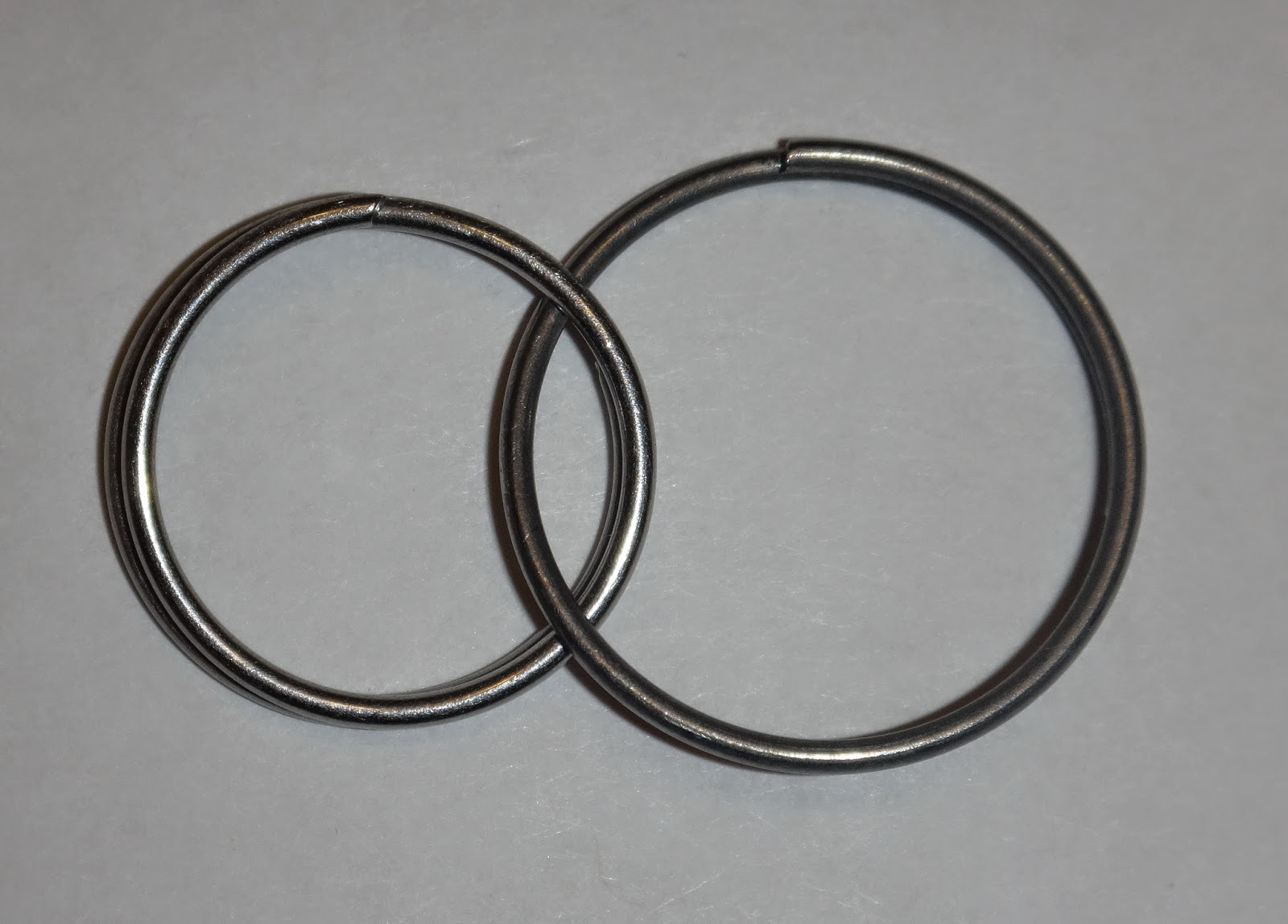 Five years ago today, Doug and I had race duty and stopped on the way to the lake to tie the knot. We were aiming for 7-8-09 as the date so that Doug wouldn't have to work too hard to remember it, plus the number would have been excellent feng shui. However, being a bit unorganized, we didn't get our paperwork done in time and had to settle for 7-18-09. Still a good feng shui number and not much harder to remember. A year later we announced our marriage to our friends and family.

We hadn't bothered to exchange rings, names, etc. and this year I came across a ring ding that looked like it would fit Doug's finger and I jokingly put it on him. To my surprise he didn't take it off. After all, for a sailor it's quite practical. A short time later we found one that fit my finger and we suddenly had wedding rings. How many people have rings that will interlock forming the symbol for infinity, will save you or a friend in an emergency, can easily be replaced and, let's face it, it's pretty hard to get attached to the ring itself instead of its meaning.

Years ago, I was a Notary and would notarize estate planning documents. The clients of the firm where I worked were the obscenely wealthy. At the time, there was a Power of Attorney document that had to be filled in and signed in front of witnesses as the attorney explained the options of making it effective upon death, disablement or with immediate effect. This was followed by an explanation that if it was effective immediately, the person to whom the power had been given could go out the next day and legally empty the bank accounts and sell everything belonging to the person giving the power. The husband would nod knowingly.

Many of the couples that came in were older men with younger wives yet many were also close to the same age. The husband always seemed to be the one with the money (usually family money). Based on the size of the wedding ring the wife was wearing, regardless of age, I could predict with 100% accuracy which option the husband would select for when the Power of Attorney would become effective. The smaller the ring the more the trust.

All that to say, after watching this play out over and over, I was opposed to even having wedding rings ... but these are really a sailor's best friend.
2 comments:

By Doug
This question from Tony in the UK about our cheat sheet in the right-hand column:

I recently changed to a Laser and am finding that what looks very simple from the outside is a bit complicated! I have been finding out loads from your cheat sheets and have a question: when you refer to inches in the table in the right column, what exactly are you measuring??


The settings are deceptively simple, really important, and are in inches (apologies to readers outside the US). Different people have very different settings - these are what work for me.

Traveler refers to how high/low it is off your deck. As a general rule, you want the traveler to be as low as possible without affecting your steering. Lower is better, so a low-profile carbon tiller is a must. 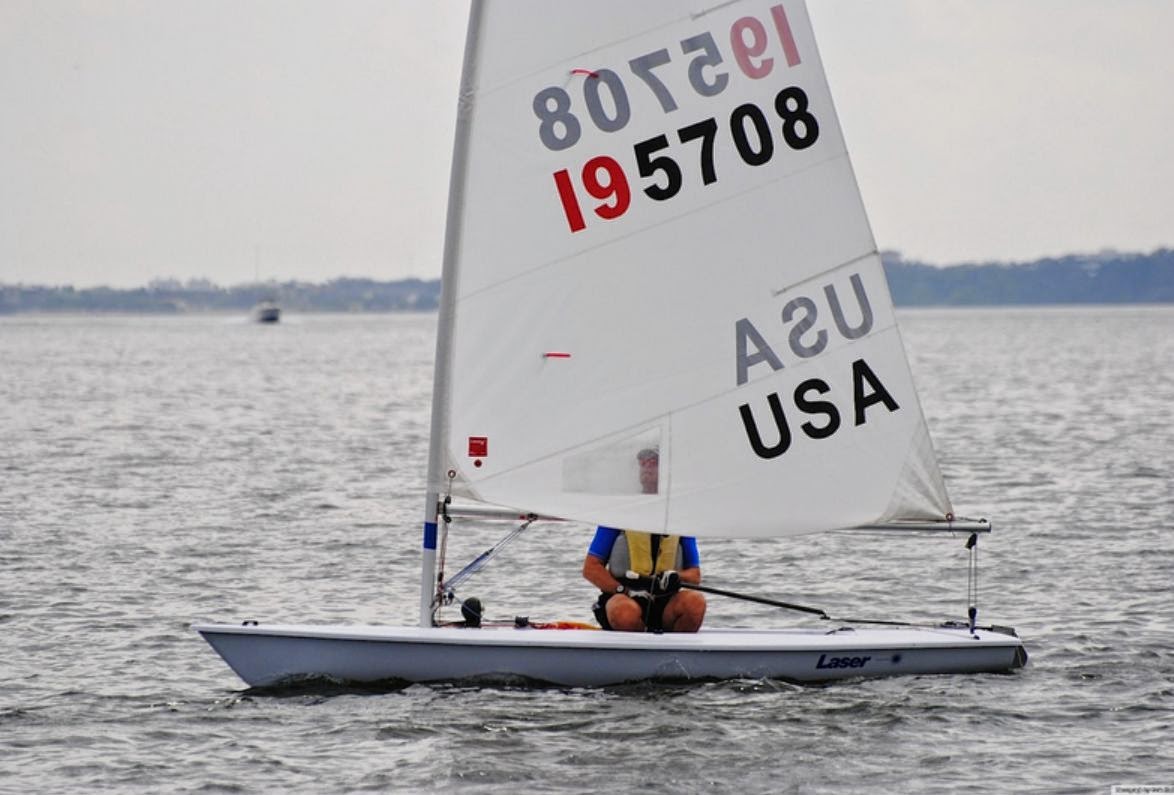 First day of the 2012 Master Midwinters East, set up for light air. Note the really loose mainsheet
set for speed and not pointing (I won both races that day).


Downwind (in the order I set controls when rounding a mark to go downwind)
No comments:

By Doug
I gave a clinic in Colorado a few years ago and shared something that others may find useful.

Besides the final score of a Superbowl, what statistic is most likely to determine the winner? Passing yards? Nope. Rushing yards? Nope. Total yards? Nope. Time of possession? Nope. Winning record against other teams? Nope. All good guesses, but all wrong. The answer is the number of mistakes - the team that turned the ball over the least has almost always won:
In professional football, the best talent money can buy is wiped out by mistakes. So, is this also true in sailing? I decided to check it out for myself. Here's a list of mistakes in a typical race:

One of the good things about keeping a sailing journal is that you can go back and learn from an event, even years later. I did this for:
I created a spreadsheet with the races along the top as columns and the possible mistakes along the side as rows. For each mistake, I scored 1 for a minor mistake, 2 for a major mistake, and 3 for a disaster (like an OCS). This turned out to be fantastically revealing.

The row scores for each part of the race told me what part of the race was the most dangerous. I had always assumed that it was the start, but I was wrong. Think about it - In Melbourne we had 72 boats on the starting line that was almost 500 meters long. It was crazy for sure, but the same number of boats had to squeeze through just 1% of that space to round the first mark. For me, the first mark rounding was much more difficult and where lots of mistakes were made.

Lesson learned:
The column score totals for each race were even more revealing.

Lessons learned:
Something to keep in mind when preparing for Hyères.
5 comments:

Everybody wants to go to France. Doug is switching back to the standard, is at the top end of his age group, is underweight, and has the second largest group competing. 89 boats on the start line!

He has his hiking bench set up in the entry way to the living room and every time he walks past it, he jumps on for a couple of minutes. He thought he was in good shape until he went out for a sail on a particularly windy day a couple of weeks ago and learned differently.

He just returned from the Butterfly Nationals where he won it (not easily) for the 5th time. And from now until France, his practice conditions and fleet size looks like this: 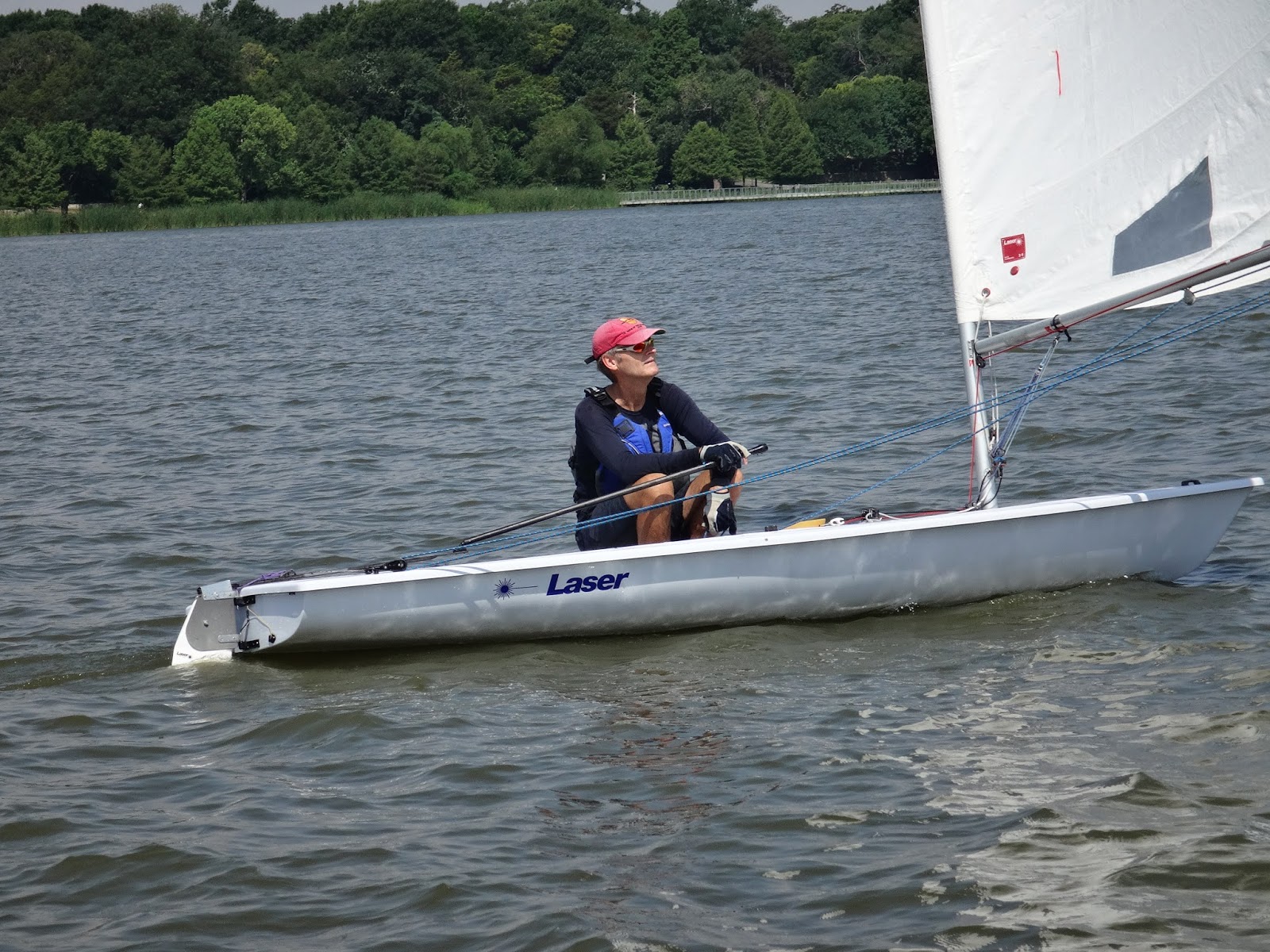