Bottom of the Run Strategies

By Doug
Here’s a really cool trick that I learned from our district secretary Griffin Orr while I was asleep during a race. We were approaching the bottom mark and I was inside with an overlap. I thought to myself that this should be an easy.

But just before we got to the three boat length circle he headed up, accelerated, broke the overlap, and said “no overlap.” He then bore off and I had to slow down to let him round in first place. It was a great move that caught me completely by surprise. 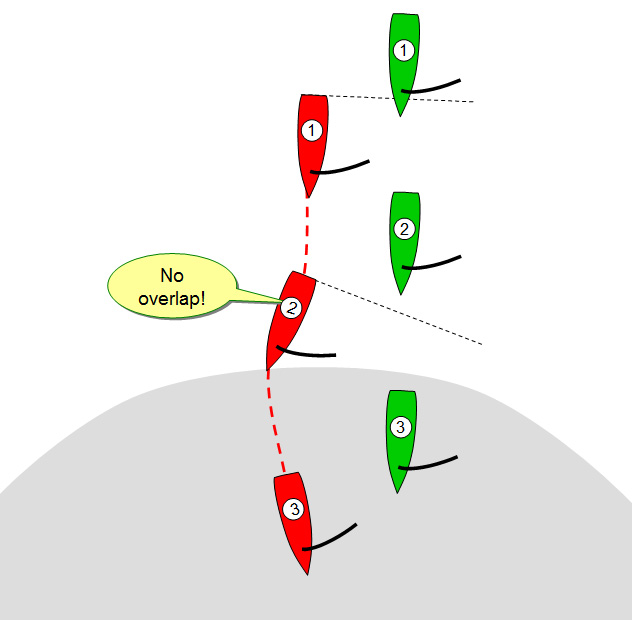 Here's the definition of clear ahead that determined whether red was required to give green room at the mark: "One boat is clear astern of another when her hull and equipment in normal position are behind a line abeam from the aftermost point of the other boat’s hull and equipment in normal position. The other boat is clear ahead."

A line abeam is shown as the doted grey line in the diagram.

So, how could I have defended? I should have kept track of the rhumb line - the imaginary line between the windward and leeward marks. 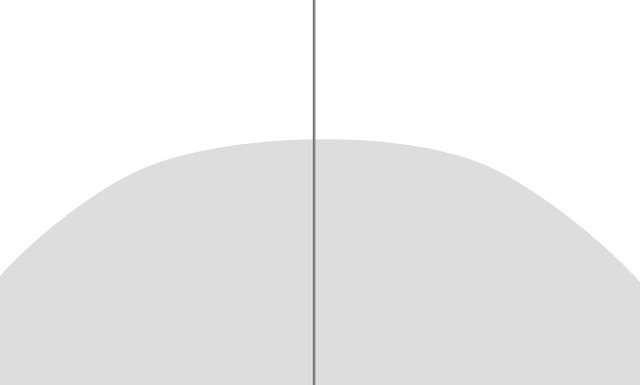 The trick is for green to anticipate and get red to sail to the right of the rhumb line (looking downwind). This is made easier because green, being the leeward boat on starboard, is in control and can blanket red if it heads directly to the mark. So when red bears off to head for the mark, it has to give room to green. 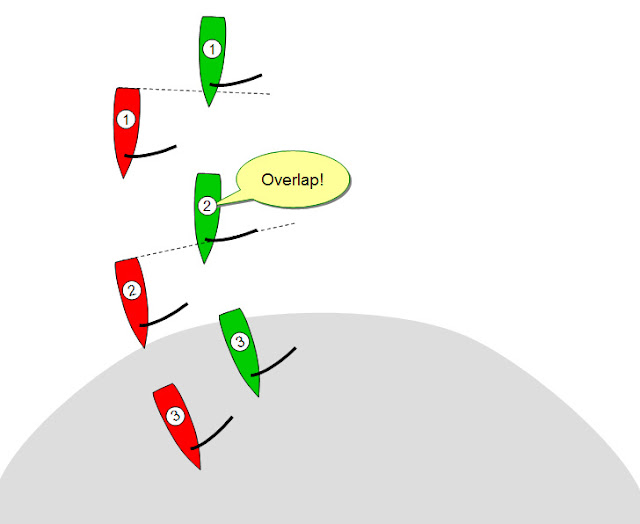 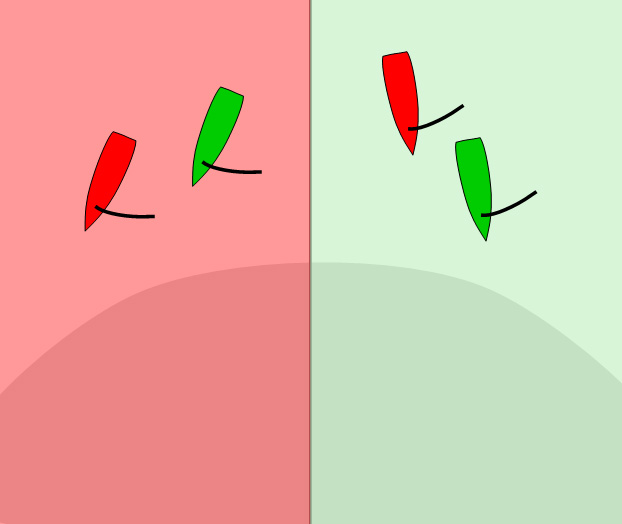 This can be quite a battle! Many years ago, I was racing against Paul Foerster (Olympic USA gold medalist) where he was green. I was taking his wind and he was sailing so far into the green zone that we would have sailed past the mark if I had not broken it off. He never lost control, headed up still with an overlap, got room, and went on to win.

You have until June 2, 2017 to file an opposition with the U.S. Trademark Office to stop Velum Ltd. from being granted the exclusive right to use the Laser starburst mark in connection with the services below:

According to the US Trademark Office, "Any party who believes it will be damaged by the registration of the mark may file a notice of opposition (or extension of time therefor) with the Trademark Trial and Appeal Board. If no party files an opposition or extension request within thirty (30) days after the publication date, then eleven (11) weeks after the publication date a certificate of registration should issue."

So what happens if Mr. Farzad Rastegar (the man behind the shell companies) successfully obtains the exclusive right to use the Laser mark in connection with running regattas? We can only speculate. He is a businessman after all and not a sailor. I would assume he is obtaining the mark for the purpose of making money. He already uses the offshore companies to license the use of the mark to Laser Performance, then shifts that income stream offshore for tax purposes. Being able to collect licensing fees from the ILCA, or its members, every time they have a Laser regatta seems like an income stream to me and would seem a logical conclusion to draw as to his intent. Of course, he might be of a more benevolent mind and he might just be trying to secure the mark to make sure no one can come along and hold the ILCA hostage while demanding they change fundamental rules to suit one side over another, or that they relinquish their patents on the Mark II sail, or that all big events be run in one builder's territory and and not another, or some other such mischief.

So, what can you, the ILCA, members of the ILCA, or PSA do about this?  If ever there was a time to pay an attorney to protect your rights, it is now.

Where should they look? Well, for starters, I would certainly ask for a qualified legal opinion, on the following:

1. Look at the specimen they filed as proof of their use of the mark.

2. Look up the term Collective Trademark because the ILCA and, by extension, its members, would appear to possibly have a priority claim of use of the mark in connection with regattas. A win of a collective trademark for the ILCA might also lead to being able to unravel some of the other LASER trademark registrations in the US.

3. Look at the ownership chain of title for the existing LASER trademarks. There are some breaks and the true owner may not be Velum at all. There may even be a possibility to claim that the LASER mark has effectively been abandoned for years.  An opposition filed by the ILCA to this latest registration attempt might turn out to uncover a bigger problem and ultimately shift ownership of all the LASER marks in the US to the ILCA.

4. Look at Velum's previous attempts to register the service mark in the US and at Bruce Kirby's oppositions to the registrations. One of the oppositions is still pending which I assume prompted them to refile this recent application using a different specimen, trying a slightly different spin.  Velum argues that it has already licensed the trademark to the ILCA and then extensively detailed the ILCA's control over the entire Laser game.  Is there such a license?

5. Oh, and PSA, when you look at the Kirby oppositions you will find that the US Trademark Trial and Appeal Board has already ruled that the agreement signed previously, which prevented Kirby from ever contesting the marks, does not apply to this newly claimed use of the mark for services. It's fair game.  If the ILCA won't defend their right to the mark under a collective trademark or otherwise, then there may be angles PSA can exploit to claim a right in the service mark in the US.

Lastly, those of you in the EU.  Might already be time to bend over.  The service mark in the EU was filed at the same time, has already gone through the opposition period, and a registration certificate was issued on April 12, 2017. I wonder if the ILCA has already received a cease and desist letter asking them to pay a licensing fee to run Laser regattas in the EU.  Does any of this have a connection in why the charter fee is so steep for the Master Worlds in Croatia this year?  Surely not.
18 comments:

The Aero – My First Thoughts

By Doug
This is my 40th year sailing a Laser and we have seen many new classes challenge the Laser without success. I recently competed in a new RS Aero for the first time. 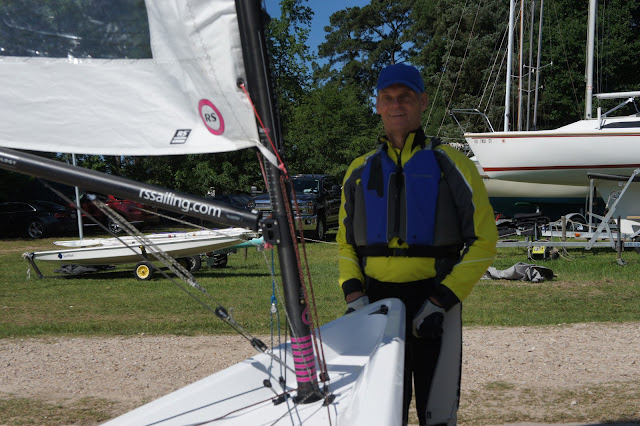 The Aero reminded me of sailing an NS-14 in Sydney, which is the highest compliment I can give. It’s a skiff hull with a fine entry that loves sailing upwind in waves and anything that comes over the bow goes through the cockpit and out the open back. However, the fine entry makes sailing downwind a little tricky compared to a Laser because it’s easier to bury the bow.

An Aero comes with three sail/bottom sections to choose from: a 50, 70, and 90 (indicating the size of the sail). I sailed the 90 on the first day that was breezy and the 70 on the second that was less (with more experience I would have done the opposite). Both rigs are beautifully balanced which is a real compliment to the designers. 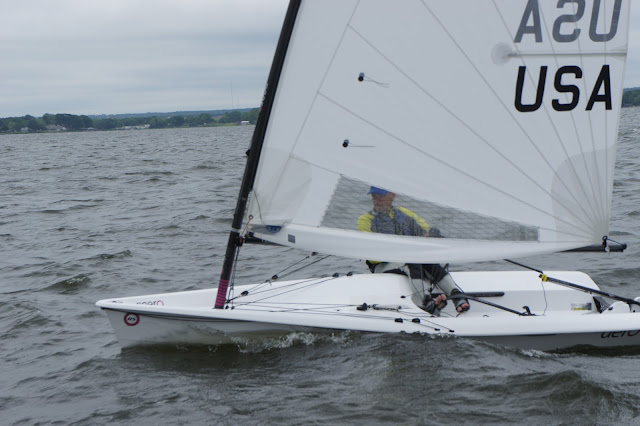 The curved deck is comfortable for hiking but next time I’ll wear hiking pants to get my butt a little higher.

The attention to details is really impressive. I liked having a halyard and there’s a pocket in the sail for its storage. There’s lots of carbon fiber to keep the weight down, the control lines automatically retract, liner in the trunk to hold the centerboard in place, and there are many more examples of good design.

Here's a short video of the racing, with first-time sailors  right up to national champions.

The biggest problem is that for many people the Aero will not be self-rescuing. After tipping, it's easy to get upright but getting into the cockpit from the water is a challenge because the boat just tips to windward. There are tricks like letting off the vang, or grabbing the mainsheet, or climbing in over the transom but these are difficult in a breeze. I tipped in one race and it took several minutes to get going - enough time for two rescue boats to circle me and ask if I needed help.

Many people have told me that sailing a Laser is hard on their knees - something that has never been a problem for me. But the Aero's double bottom (to drain water out the back) means that there is little difference in height between the side deck and cockpit floor. For this reason, most moved around on their knees which for me was uncomfortable. 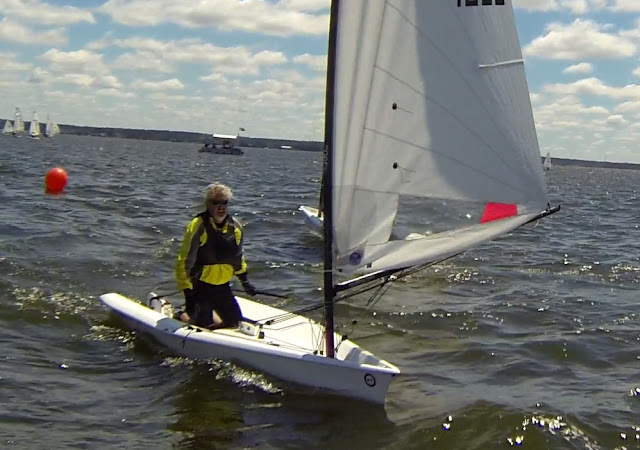 In some circles, I'm called the barefoot sailor. The Aero cockpit floor has a rough non-skid finish, so being on your knees means that the tops of your feet take a beating.

From a design perspective, the Aero is a worthy challenger to the Laser. The Laser politics and the lack of dealer support in many countries could not come at a worse time. If the Laser does not get its act together, we'll continue to lose many of our good sailors to Aero fleets.

Thanks to Rob Zedric for the videos and some of the pictures.
Thanks to KO Sailing for the charter.
4 comments: