By Doug
It was raining so we started our clinic with a Q&A at a local restaurant. It was interesting to hear Mark talk about his regatta preparation both off and on the water. We then headed out for a two hour sail in a cool 8-15 knot northerly coming down from the Alps.

Mark was the fastest with Roberto and others close behind. This was my first time in waves in several months and my timing was way off. It's clear that anyone who wants to compete against Mark will have to bring their A Game.

After lunch, we discussed Brett's revised settings and Mark commented that one of the settings was actually one of his trade secrets (I'll let you guess which one). 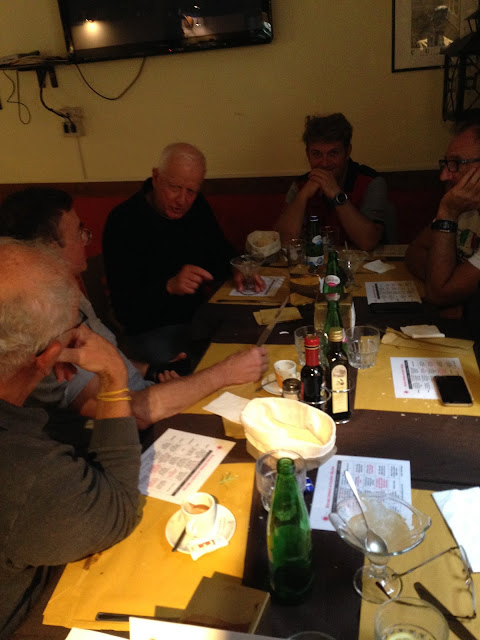 Roberto then took us to the closing ceremonies of the Centomiglia Regatta and we saw some of the boats ready to be driven home. 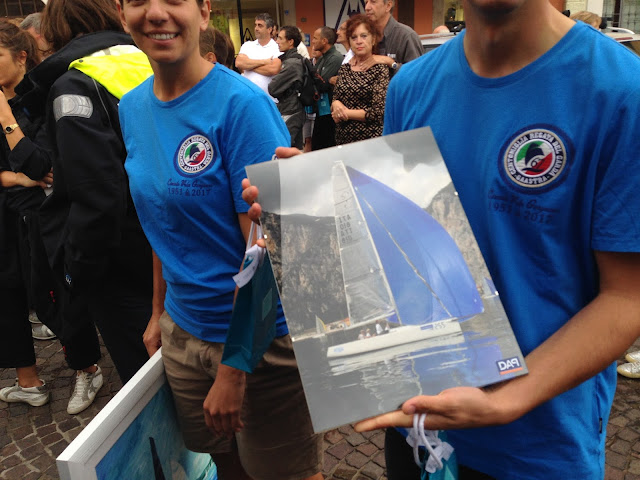 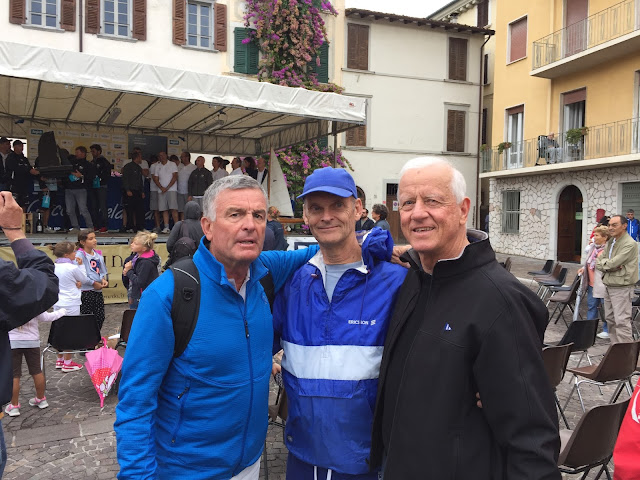 People kept on introducing Mark as the older brother of Julian Bethwaite, designer of the 49er. Mark joked about what it will take to be recognized for his own sailing record (12 world championships)!

We finished our evening with a lovely supper with great friends in their 400-year old home. 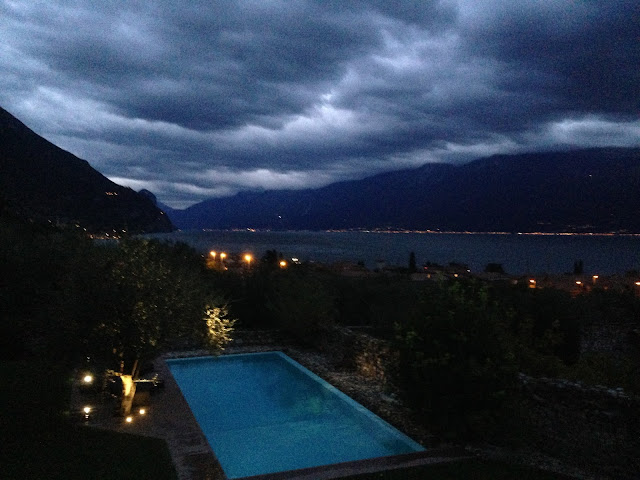 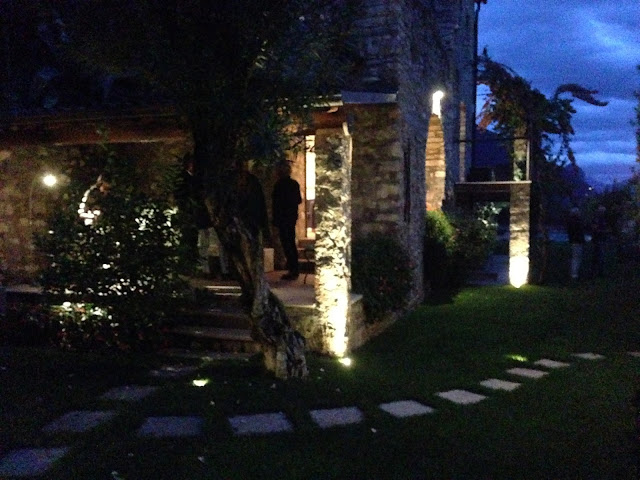 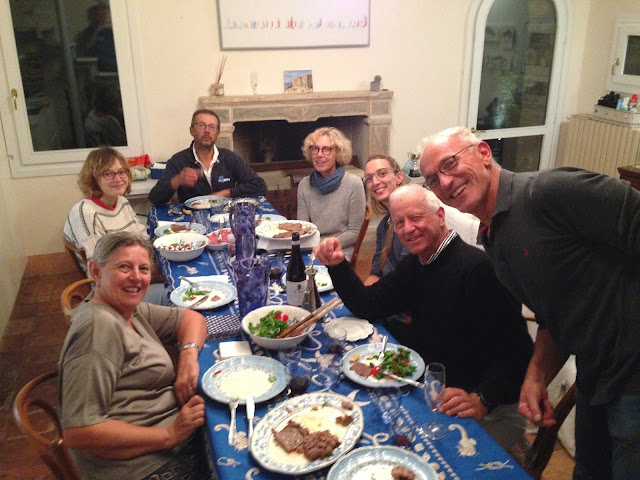