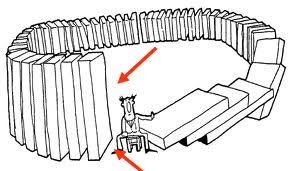 By now, everyone probably knows that Laser Performance stopped paying royalties to Bruce Kirby a few years back which then set off a chain reaction that has affected and pissed off many a Laser sailor. My own version of frustration was some research on Farzad Rastegar and Laser Performance which skipped through a few different tax haven countries and landed in the British Virgin Islands.

Now, this week, we have this news:

'Millions of internal records have leaked from Britain's offshore financial industry, exposing for the first time the identities of thousands of holders of anonymous wealth from around the world ...

The leak of 2m emails and other documents, mainly from the offshore haven of the British Virgin Islands (BVI), has the potential to cause a seismic shock worldwide to the booming offshore trade, with a former chief economist at McKinsey estimating that wealthy individuals may have as much as $32tn (£21tn) stashed in overseas havens ...

As well as Britons hiding wealth offshore, an extraordinary array of government officials and rich families across the world are identified, from Canada, the US, India, Pakistan, Indonesia, Iran, China, Thailand and former communist states.'


Hmmm ... now, this just got interesting!

Oh, and Scott Young, my man, you were just one "t" away from being on that list.  Whew!   Had to put that in just in case you actually do retire from Laser sailing and disappear from the Laser scene and people start to talk.