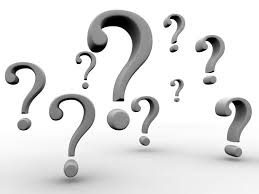 Let's try a gear change. After all I've reached an age where I'm going through that female change of life roller coaster and one minute I swing wildly to the left, then back right until eventually Doug brings me back to the center before I death roll.  He does an amazing job of bobbing and weaving and the Canadian in him provides balance. Every woman should be so lucky!

That intro is just in case you thought I was a little heavy handed with my opinions or perhaps, a little nutso. Hello? I am.

So, in back channel e-mails with several sailors, Ari Barshi of the Cabarete Laser Training Center threw out and idea that I thought was a great and also a bit of a solution to the helpless feeling that I've heard so many express.  After all, not one of us can help Bruce with his legal battles but we can certainly let him know we care.  Ari suggested printing BKI or Torch logo stickers to put on our sails.  It would go in the same location where sponsorship/advertising logos are allowed.  Then Steve Cockerill at Rooster Sailing said he could make the stickers.  I have a vision of folks taking pictures of all their regattas with all the boats with the stickers and sending Bruce the pictures to let him know we care and we realize we are sailing a Kirby design regardless of all the stuff going on.  It's not much but if I were him, it would make a difference for me.  Does this idea have any appeal?

Oh, and the squeaky wheel does get the grease.  Doug has had some conversations with those in the know and we've been enlightened.  Is the ILCA evil?  No.  The people we wanted to trust and believe in, we can.  And the people we thought were the problem, are.   Good people inherited some bad decisions with a lot of momentum.