Bruce sent this to us today and asked us to send it to anyone who we felt might be interested ... 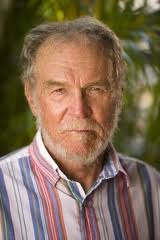 IT'S THE BOAT THAT MATTERS, NOT THE NAME

In an attempt to rescue the Laser Class from its downhill course of the past few years I have reluctantly decided that a name change, or re-branding is necessary.  During the past three or four years dealers have had difficulty getting timely delivery of boats, and in particular, of parts.  We have had calls and e-mails from various parts of the world asking if there is anything that can be done to save the Laser.  To give some idea how critical the situation with Lasers has become  (as of mid-April, 2013) there is a boat shop in Toronto which has 52 American- built Lasers that have been brought in for repairs of various kinds.
Laser Performance in both Europe and North America own the name LASER and the sunburst symbol on the sail, but they don’t own the boat.  Because I am owed quite a bit of money by these firms in unpaid design royalties it has been possible for me to terminate their building rights at both factories.

What the Laser sailing public must try to get their heads around is that it is not the name of the boat that matters, It is the boat itself - that 13’ 10” bit of fiberglass and aluminum that provides us with untold pleasure.  I love the name Laser.  I was there in the beginning when then builder Ian Bruce came up with it.  I have lived with it and revered it for more than 40 years…but I know that if the boat is to be saved it must have a new name.

Laser Performance were terminated as builders last year, but the lawsuit was filed this year because production of the Laser unlawfully continued after termination.  The International Laser Class Association  (ILCA) in lock step with the International Sailing Federation (ISAF) participated in this unlawful manufacture by refusing to stop issuing Laser Performance the stick-on ISAF plaques that are attached to the inside of the aft face of the cockpit, identifying the boat as an authorized Kirby Sailboat permitted to be used in Laser class and ISAF sanctioned events.

I have tried to work with ILCA and ISAF on rebranding the boat, but they refused and demanded instead that I get a Court Order.  So they are named in the lawsuit.  After filing of the lawsuit, ISAF initially asked ILCA to stop issuing ISAF plaques to Laser Performance, but I don’t yet know if ILCA complied.  In a new twist, ISAF and ILCA now seem prepared to issue a new version of the plaque to Laser Performance which removes my name from my own design.  This is not only against the Laser Construction Manual which ISAF and ILCA claim to hold Builders to, thereby insuring a true one-design class, but also reveals their true strategy to steal my design. The irony in all of this is that by continuing to provide plaques to Laser Performance against my wishes and our contracts, both ISAF and ILCA continue to collect money from Laser Performance for every boat made even while I am not being paid the design royalty.

In any event, all builders of the Laser have been terminated and the Kirby Sailboat will only be lawfully built under the Kirby Torch brand.  This does not violate any prior agreement I have with ISAF and ILCA since they explicitly only relate to manufacture of the Kirby Sailboat under the Laser brand. ILCA and ISAF have trumped up a “breach” in order to push through the “Fundamental Rule” change designed to excuse nonpayment of my royalty by Laser Performance.  Their actions make their intentions clear:  Steal the Kirby Sailboat from its designer.

New builders with stellar sailing and boat building credentials have signed agreements to follow the Construction Manual so that new Kirby Torches will be exactly like old Lasers, and both boats will be able to compete side by side under the rules of the Kirby Torch class.  We have asked ILCA to set up the Kirby Torch class, but they continue to ignore us and the Torch even though there are no longer any licensed builder for the Laser.  Go figure?!

So if you agree that what we are doing is in the best interests of the boat, please urge ILCA and your district Laser class organizations to cooperate with us for the sake of sailors throughout the world.

This is your boat.  It’s my baby, but it’s your boat.  With a simple change of the name we can offer a better quality  product, consistent delivery and the steady supply of parts. The Kirby Torch Builders and Class Association will serve sailors—that is our promise to you and the reason I am taking on this fight. The fight is about pulling the boat out of the swamp it has been dragged into and handing it back to the sailors cleaned up and ready to move ahead for another 50 years.  I have been disappointed with the treatment handed to me by those who should be firmly on the side of the sailors, and so at the age of 84 I am throwing all my energy into meetings, phone calls and e-mails to save the little boat.

Please join me in this endeavor and support the Torch.  I can no longer race with you, but I can cheer you on.