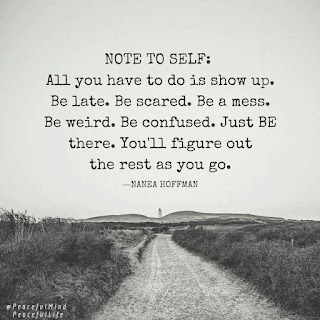 Geesh, it's been so long since we blogged that it was a struggle just to log back into the account.  Doug is in Mexico getting ready to sail in the Laser ILCA 7 Master Worlds. I'm sitting this one out (supporting from home) and already regretting the decision. However, Doug's body will likely be in shock in a few days and he may be regretting the decision to go. We did not just stop blogging, we stopped sailing, and we got old, fat, and slow and we're finding that it's a long road back. The reason for the break is the usual: work/family obligations and a work/life imbalance. We've both been back on the water since the beginning of the year with Doug having to take a break for a couple of months to go care for a relative of mine in need. Each time we sail, we are shocked at how little it takes to completely wipe us out. Never stop sailing!! It's the beginning of the end and getting back to sailing shape when you are older is feeling like a monumental task.

So, to catch up ... we skipped the Master Worlds in the Netherlands for a work/holiday trip to Switzerland. No regrets as we had some much needed down time. We planned to attend the Master Worlds in Australia and Doug went a week early and landed the day before the event was cancelled due to the pandemic. He spent more time in the air than on the ground for that one and flew back with a man coughing next to him the whole way.  Not fun but he did get to see some old friends.  After flying all the way to Australia only to have the Worlds cancelled, when the Spain Worlds were scheduled, then delayed, we betted on it ultimately being cancelled and Doug did not even register. So after three missed Worlds, even though Doug got diverted to Colorado and is not ready for Mexico, there was no way he was sitting this one out and was able to register late.  Game on!

As to Covid, we are less concerned about it these days. We both got Covid sitting at home in our pajamas before vaccinations were available. A sewage leak necessitated workers in the house and despite being super careful, they brought us Covid. We both got vaccinated, then boosted and then Doug went to Colorado to take care of my relative and I went into the office for just one day for the first time since the pandemic began and got Covid again. Doug got boosted again before heading to Mexico. We feel like we're as protected as we can be and are not among those that get serious illness. It wasn't fun and is still scary to think what is now lurking in our bodies that might turn on us some day but it's the card we drew.

Stay tuned for Doug's Worlds journaling.  He ran into a fellow in the lobby as he was checking in who had just sailed in the ILCA 7 Men's World Championship, who finished in the top 10, and asked how it went. I believe the word he used was that it was tough. Doug asked where the guys in front were making their gains, upwind or downwind, and he said both. Looks like doing well at this event will require fitness upwind and technique downwind. Not sure Doug is ranking very high in either of those categories so his report may be observations from the rear rather than tips from the middle or front.  But I'm sure he'll chat with those at the front and see what they might be willing to share.