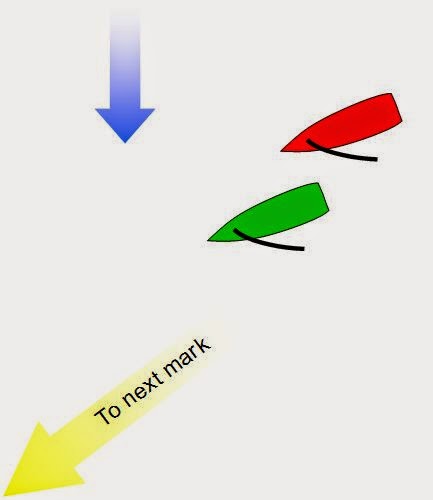 Green has just rounded the windward mark in first place and red is just behind, and there are lots of others following. Red heads up, sails faster, and tries to pass green. One of two things will most likely happen:
The first example is a rare treat because it means that green is experienced and is good at percentage sailing. This post is about the more common second example.

Would you rather be green or red?

In this case, green was being sailed by a very experienced, very fast, multiple national champion. We were tied in the standings and a pass would give me a 2-point gain on him (which turned out to be the winning margin for the championship).

Even though green was well ahead, it defended by also going so high that we were almost on a run as we approached the mark. This gave me the advantage, the pass, and the win. 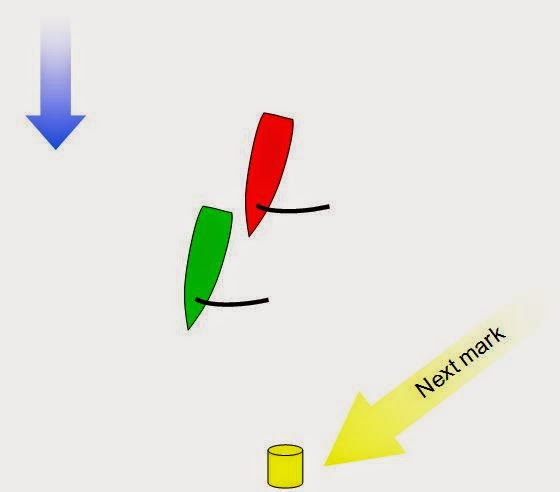 So if red has the advantage, how does green defend?

If there are waves, the one best one at catching them will most likely win. But what if it's flat water or the boats have the same speed? This is when it gets really tactical. Green winning depends on two things:
Let's go back to the moment when green has make the decision.

If green bears off, it immediately slows down while red is picking up speed. 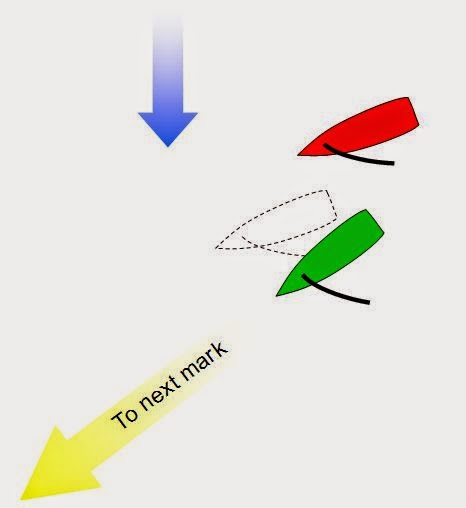 Looking at the wind shadows, green is already in trouble because of its lost speed plus less wind. 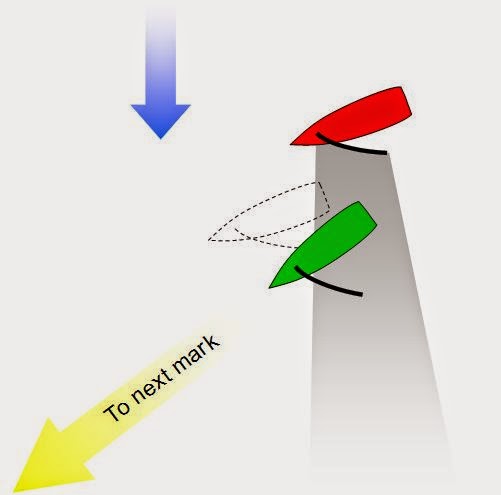 Trying to escape by bearing off more just slows green down more. 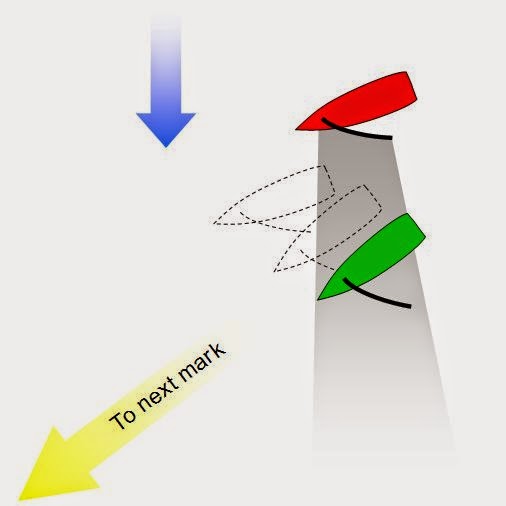 Advantage red, which gets and easy pass. But green bearing off is actually a winning move if done properly: 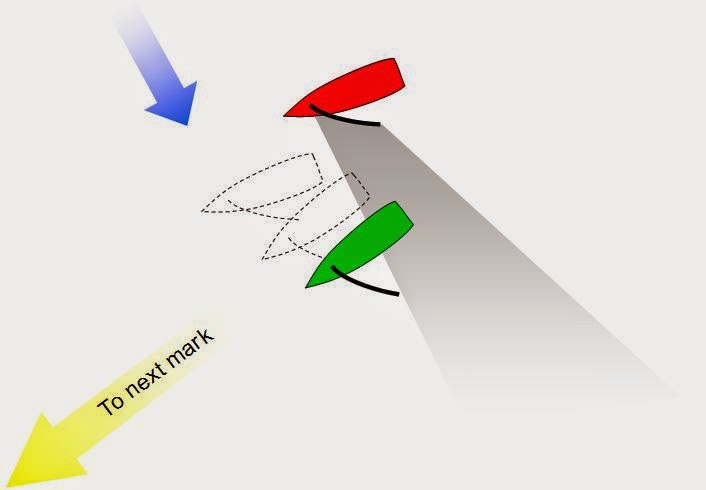 If green is able to sail lower it gets more separation, clearer air, and more speed. 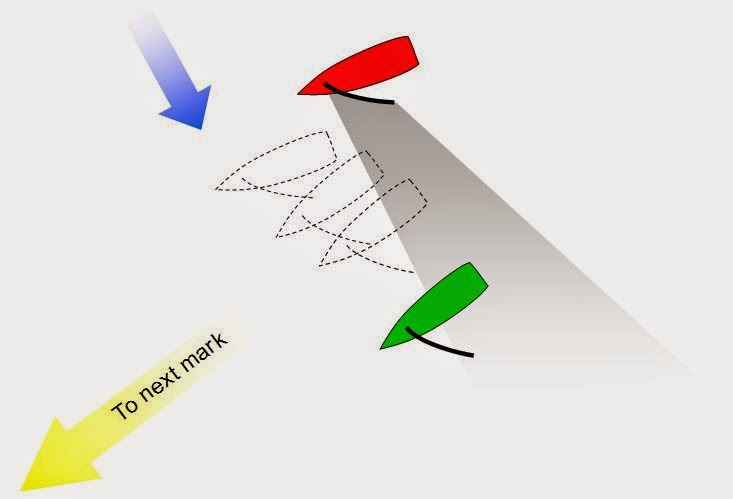 At the end of the reach, green is in a great position because:

The key to this working is knowing and feeling where the apparent wind is coming from and using the slight differences in the wind pressure. It's tricky and something that we all get wrong occasionally, even at the national championship level.

Email ThisBlogThis!Share to TwitterShare to FacebookShare to Pinterest
Labels: Reaching