Differences at the Front of the Fleet 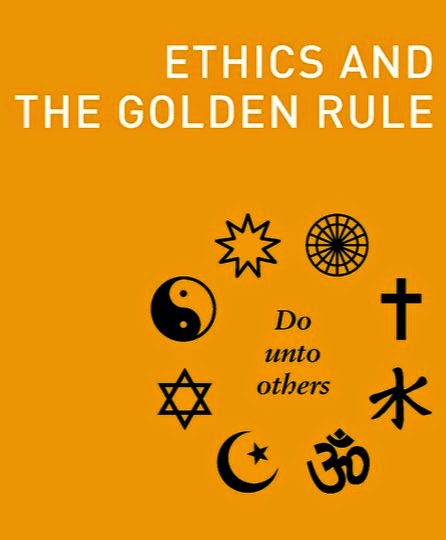 Pam wrote a post about how the rules are used differently at the front of the fleet vs. middle and back, and many including Abe and Paul made some good points.

Here are a few examples.

At Hyères, I sometimes found myself well back in the fleet. When on port and a starboard tack boat was approaching, without exception the other boat would call "starboard" as he should.

On the second day, the breeze was a little lighter and I was leading after the windward/leeward. Right behind me was Peter Vessella (USA) who is really good in these conditions. I took the right gate and he thankfully followed. We were well ahead but I chose not to put on a tight cover because I wanted to beat him with boatspeed and by playing the shifts, rather than by just sitting on him.

We stayed close but sailed our own race, playing the shifts differently at times. Half way up the beat, we were on port and I could see Peter 10 meters away in my window. He then edged ahead and I could not see him. A few seconds later, I heard him say, "Go ahead Doug and cross."

This caught me by surprise because I did not know that he had pulled even and that he had tacked. Not seeing where he was, I instinctively bore off and ducked him saying, "Sorry, I heard you too late."

Here's how the front of the fleet is different:


This moment was how Peter unintentionally took the lead to win the race. While I hate missing out on a bullet at a Worlds, it's a pleasure to compete with good, gentlemanly sailors at the front of the fleet who use the rules differently.

A rookie at the front of the fleet:

The 1996 Master Worlds were in Cape Town and there were about 120 boats on the line (this was before they split the fleets). I had never won a race at a Worlds and was surprised to be leading in the race on the second day. Defending champ Keith Wilkins (GBR) was right behind. So what did I do? I sat on him for the entire race and boy did he make me pay! We seemed to sail through every header and dead patch. I managed to hold on and win what was, until then, the best race of my life, while Keith threw out the 2nd and won the regatta.

The huge mistakes I made were not working together to stretch out and not learning from Keith by letting him sail his own race. This taught me so much that it changed the way I sail and was the main reason for my win in Chile the next year.

And the punishment for not working with a world champion? Being totally forgotten. Pam and I had supper with Keith and Linda in Hyères and were reminiscing about the good old days. I told Keith about this race in Cape Town and how much it meant to me. I then asked him if he remembered it. He said "no."

Another rookie at the front of the fleet:

When leading around the bottom mark, you can use your advantage to point high and force other boats to tack into traffic, which would slow them down.

Triple World Champ Glenn Bourke (AUS) would not do this. When in the lead, he would invite the boats behind to follow him to the right. Sure he could mess with them but he chose not to. The reason was that he wanted to keep the leaders together as long as possible so he didn't have to worry about who to cover. To make going right look more attractive, he would even foot a little so that others might think "wow, I'm pointing really well, I'll keep on going."

Starting the second beat in the first race at Hyères, Roberto Bini (ITA) was leading just in front of me, had rounded close to the mark, and was pointing high. Roberto had excellent speed and I wanted to tack twice to stay with him going right but in clear air. As soon as I tacked, he tacked and match raced me for most of the beat as I tried to break free. Sure enough, the right paid and several boats passed us.

As Keith Wilkins taught me, there is a fine art to staying ahead of a leader while letting him or her sail their own race and having them teach you along the way. Roberto should have used his excellent speed to lead me and others off to the right. And I should have cut my losses earlier and footed to get clear air to be able to sail my own race.

The bad news is that that we should have finished 1 and 2 instead of the 3 and 7 that we got. The good news is that Roberto is a great guy and we have become good friends and will hopefully share many more experiences as the years go by.

As you transition from the middle of the fleet to the front, there is a shift in the way the rules are used and applied. It may look to some like team racing but it's actually very tactical by delaying the head to head competition until the end of the race.

Leaders at the back of a fleet:

In Hyères, in the final race that determined the championship, the front of the GM standard gold fleet sailed into the back of the GM standard silver fleet. The leaders in the gold fleet were in a close competition to win the championship and they suddenly had to contend with the back of the silver fleet. How quickly the leaders were able to transition from a front of the fleet mentality to a back of the fleet mentality, ultimately determined the winner. Anyone who was there can tell you what that sounded like.

So as you move through the fleet, back to front or front to back, it's important to be aware of the nuances in tactics and how the rules are applied in different parts of the fleet.