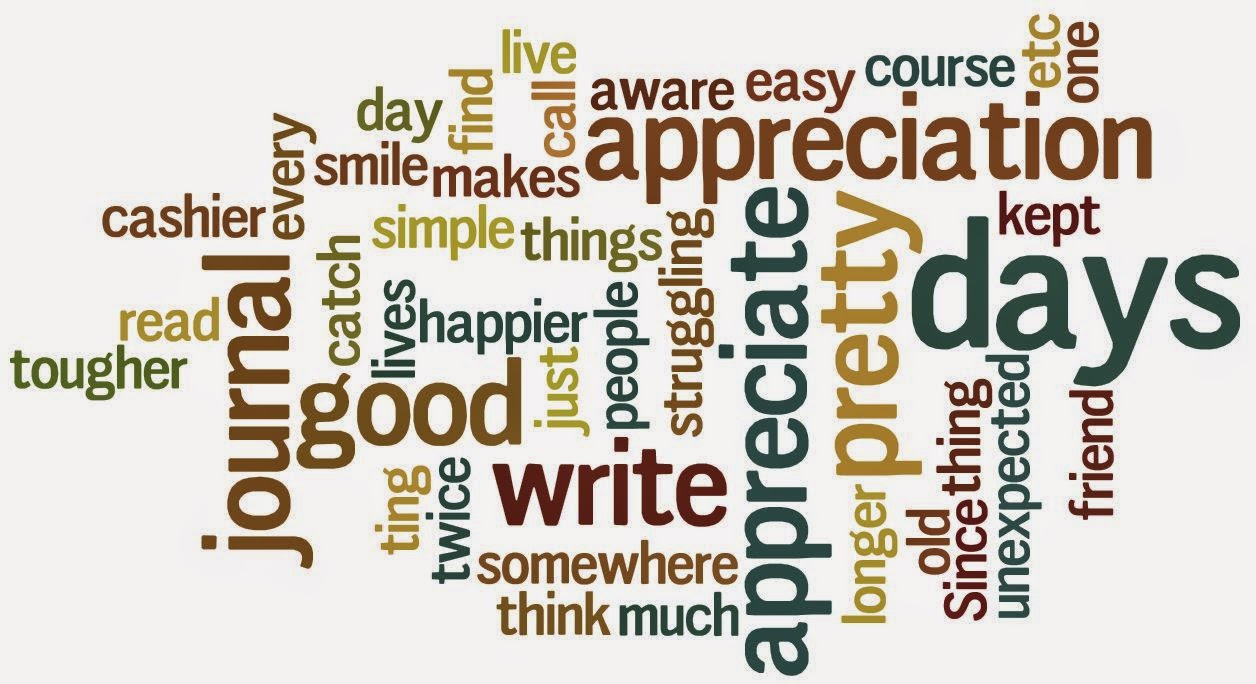 I keep reading that people who appreciate things live longer, happier lives so since 2010 I've kept an appreciation journal. It's pretty simple - every day you write down 5 things that you appreciate, but there's a catch because you cannot write the same thing twice. This makes you more aware of what there is to appreciate. Most days are pretty easy - a smile from a cashier, an unexpected call from an old friend, synchronized traffic lights in rush hour, a plumber showing up on time, etc. But some days are much tougher and I find myself struggling to think of just one good thing. These are, of course, the days when an appreciation journal does the most good.

So, here are some of the people that I appreciate who inspired me.

Wild Oats has just won the Sydney to Hobart Race a record eighth time. This year it was different because of Comanche, a brand new super-maxi from Jim Clarke skippered by Ken Read. These are amazing boats as you can see as they start. So, what's it like to sail a super-maxi and what does this have to do with Lasers? Vanessa Dudley (AUS, GM winner at the Oman Worlds and kicker of my butt) sails a super-maxi and has just completed her 19th Sydney to Hobart. How impressive is that!

It always amazes me how the cream rises to the top. The Hyères Master Worlds had a record turnout with amazing competition, but Mark Bethwaite (AUS) and Keith Wilkins (GBR) won again bringing their combined total to an astonishing 21 Laser World Championships. While they're both Great Grand Masters, Mark sailed a full rig while Keith sailed a radial. I'll be joining them as a GGM in a year and will have to choose which one to compete with. Either way, it will be competition at its best.

Brett Beyer (AUS) gets a special mention. I watched him in Oman coaching sailors at the Senior Worlds and then practiced with him for the Master Worlds. Just before our competition started, he got a call from home telling him that his dad was very ill. I was with Brett and his immediate reaction was to go home to be with family. Twenty minutes later a second call came telling him that his dad had passed away. Brett was on the next flight back to Sydney. Family first, no Worlds. With his busy schedule, he had little time to practice for Hyères, but again, the cream rose to the top. In the largest and most competitive fleet, he still won with an astonishing 9 bullets to win his 9th Worlds (you can see how he sails in these conditions in the right column and also here). Would he have won in Oman? I have no doubt, but family comes first.

In my Grand Master fleet, Andy Roy (CAN) should have won but in the last race he did not transition from rules at the front of the fleet as we sailed into the back of another fleet. I too have lost a World Championship by a single point and hope that I had the grace that Andy had in Hyères.

Every class needs an Ellen Burks. In this part of the world, she's known as the Sunfish Mama and is personally responsible for promoting the Sunfish class, a great Texas circuit, getting juniors into the class, and great after-sailing sessions. Back surgery prevented her from sailing this year but did not stop her from supporting all of the events. I wish we had a Laser Mama for our class.

We have blog readers in 150 countries and over 2,000 locations. The top cities are London, Sydney, Auckland, San Francisco, and Melbourne. Some of our readers may remember an anonymous comment that accused me of cheating in Hyères when he/she read my worlds journal. I like to share what I learn and comments like this remind me of the Chinese saying "when you open a window for fresh air, a few flies will come in." So I choose to appreciate all of the comments we receive both public and private. And then there was Pam.

I love Pam as a stand-up-when-others-sit-down kind of person. She addressed this anonymous comment, spent days researching the rules, and she contacted the ILCA, ISAF, US Sailing, and two judges. The people who did get back told her there was nothing illegal in my actions, but Pam is still trying to get a clarification on the various rules that seem ambiguous. This will help us all. Pam also designed the Team USA shirts, took great pictures and videos in Hyères, supports me, has helped me as I regain my vision, found a way for me to recover from a torn rotator cuff without surgery (shared here), and has done all she can to support Bruce Kirby.

I'm inspired by Bruce Kirby for designing our favorite boat, but most of all, at the age of 85, for continuing to fight for his rights.