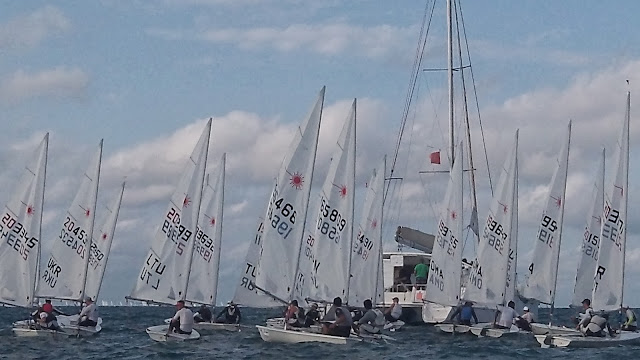 More torrential rain overnight and some rooms in the hotel actually got flooded. The little boat I've been using had about 8" of water in it. I wouldn't be surprised if the local farmers try to get another Laser Worlds ASAP because of all the rain that we bring. 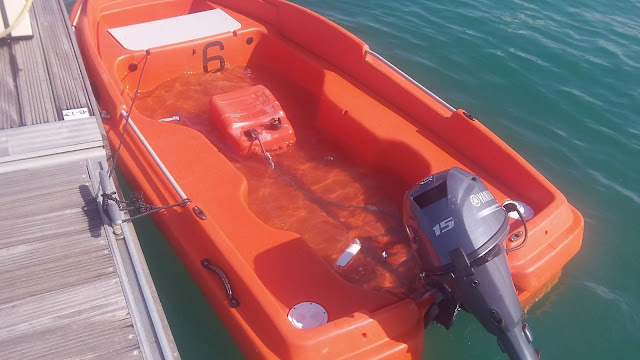 There was lots more talk about yesterday's racing. The key part of the race was being in the right place when a shift hit, and of course the first shift is really important. With all those boats with good speed, being on the outside of a circle really hurt, especially at the top of the course. The last shift is always persistent and being on the wrong side cost many people many places. So the most important shift for many was the last shift of the first beat.

The other thing that I noticed was how Robert managed the top of the first run. He was on the left and the outside of a rightie at the first mark and rounded in 14th place. Robert is known for his downwind skills, so it was interesting to see at the end of the top reach that he continued past the mark for about 20 seconds. This looked more like trying to stay in clear air than looking for pressure. Playing the right worked until the bottom of the run because the boats in the middle had a better angle with the breeze. But the right/clear air certainly worked for most of the run.
With so much to learn, I focused again on Robert today and saw something I had not seen before in a race. With 2 minutes to go, he wanted to check upwind from the boat end of the line, so sailing on port while planing, he stood on the back of the deck for about 8 seconds looking upwind. He must have liked what we saw on the right. With a good lead and being conservative, he started in the middle of the line. After a few recalls, you'll see Robert set up and defend. A minute after the start, he tacked and won the first race.

In the second, you'll see another way that he defends by tacking twice. In this race, he had a bad first leg and finished 26th.

Pavlos sailed really well and had finishes of 3 and 6, so he is now just 1 point back with one more day to go. 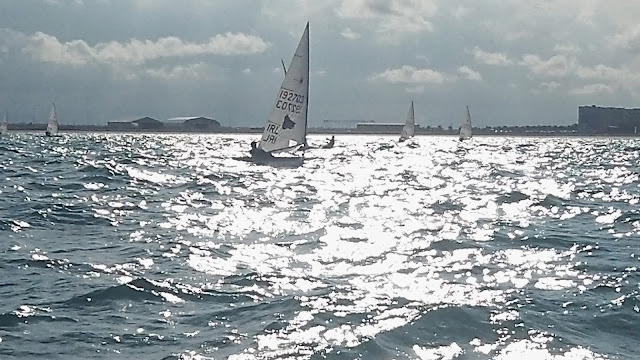 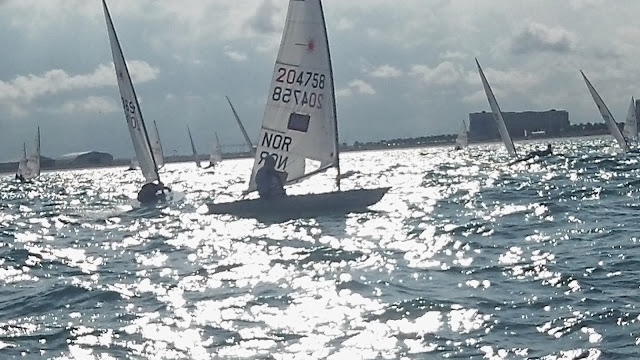 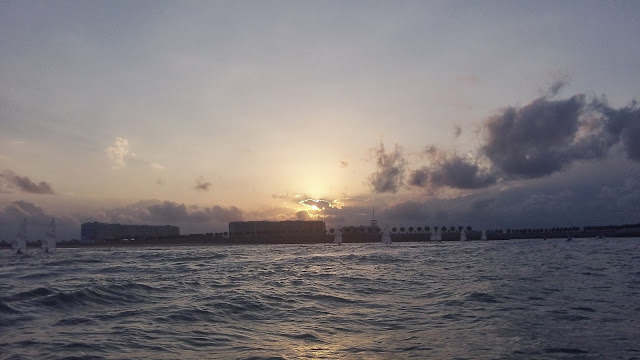