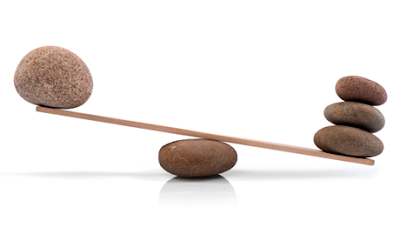 Tillerman recently wrote about Sailing and Luck on his Proper Course blog.  His post was thought provoking but the comments were even better.  I never knew sailors could be so profound and philosophical.  My favorite comment was “luck is when preparation meets opportunity” by PeconicPuffin.
Doug is one of the luckiest people I know, both on and off the water.  He has a Forest Gump kind of luck that has consistently put him in the right places at the right times.  I’ve watched and asked questions trying to figure out how the heck he gets so lucky.  What is he doing that is different from me?
There is luck on the race course and luck in life.
His sailing success isn’t luck.  It’s preparation.  Many factors are random in sailing and many are predictable.  In the same way that if you always cross a street without looking while at a section that has no light, your chances of being hit by a car, eventually, are about 100% (it is a street with cars after all).  But if you look both ways and time your crossing, you decrease the odds to almost 0% of being hit by a car.  That’s how Doug sails.
For every move there is a counter move.  He has enough experience that in almost every situation he finds himself in, he has worked out a technique or tactic that increases his odds of being successful.  During a race, he consistently makes decisions that increase his odds of success while less experienced sailors are sailing at the whim of 50/50 odds and with each setback the odds of being able to make up the distance they’ve lost goes down.  He calls it percentage sailing.
His recent post on sailing angles contained a rather harsh observation about some Olympic sailors (it was actually meant to be directed at their coaches).  In Doug’s world of percentage sailing, not tacking under certain conditions is the equivalent of a sailor not knowing the difference in port and starboard.  I don’t know if he’s right or wrong.  He simply sails by a different set of rules than most people and those rules increase his odds all around the course.  It doesn’t mean he’ll always win but it usually puts him consistently at the front of the fleet.  He’s making his own luck by playing the odds.
Doug’s success in life is a whole different matter and I must admit I’m still puzzled.  Several years ago, Doug was to go on a sailing vacation with a friend, Brad, and at the last minute Doug cancelled and Brad went alone.  One evening, Brad’s boat was boarded by pirates, he was robbed, shot twice and left for dead.  Brad is alive and well and has been walking around for years with two bullets still in him, one near his brain and one near his lung.  Brad’s luck in surviving that situation will make you believe in miracles.  But what about Doug’s luck in simply not being there?
How many people do you know who buy a one way ticket to Australia when they are 20, have their wallet stolen at the airport and on arrival, have no money, no place to stay, no job, no friends, etc. and within two weeks have an apartment, a job at HP and are sailing with Frank Bethwaite.  That’s not normal.  But that kind of thing happens over and over with Doug.
Now, here’s the deal.  It’s not that bad things don’t happen to him.  They do.  But Doug doesn’t see it as bad luck.  It is simply a step that takes him from A to B.  And that, I believe is the answer.  He doesn’t focus on the bad and doesn’t even see it as bad.  Somehow, I think that simple shift in attitude, makes him more prepared to recognize and take advantage of opportunities.  He’s making his own luck by playing the odds.
And Brad … he sort of did the same thing.  Being shot was a step and as he lay there dying below deck, he decided he’d rather die looking at the stars and dragged himself up on deck.  Each decision he made after that was another step that lead to more opportunities and increased his odds of survival.  Climbing into the tender, making his way to a nearby island, being found and taken to a nearby yacht with a doctor on board, being taken to a medical facility, and flown home on a private jet by his employer.  He holds no hard feelings toward the guys who shot him and he’d vacation there again … just, this time, he would choose to anchor in a spot that isn’t quite so remote and quiet.  Better odds.

Life is random … but is it possible to play the odds and tip the scales in your favor and make it a little less random?