By Doug
The Laser Master Worlds is an amazing event. It's where top sailors from many classes like the Finns, FJs, Solings, J24s, and of course Lasers meet to compete - it's sort of like a giant all-star turnout. We get great people, great locations, and of course great competition.

What amazes me is that in spite of the intense competition, the same people keep on winning. Here's an interesting statistic: from 1991 to 2008, just three people shared a consecutive winning streak:

Wolfgang Gerz is another Laser sailor with a great resume, which includes beating 109 other sailors to win the 1981 Finn Gold Cup (while discarding a 4th place finish!) If we include Wolfgang, the four of us share a winning streak from 1991 until today! I wonder how many sports have had that kind of consistency at the world championship level. 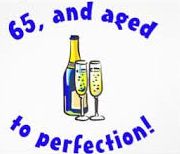 I recently turned 65 and will be joining Mark and hopefully Keith as a Great Grand Master to do battle again in Mexico (Wolfgang will join us in a few more years). What other sport helps you look forward to birthdays?