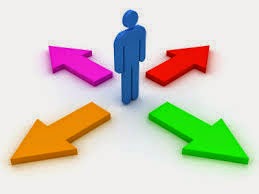 Doug and I had a little adventure this past weekend. Sunfish Southwest Regional Regatta down at Lake Canyon, TX. Drama seems to follow us around wherever we go. Or do we create it? You decide.

Other obligations pull at your time and you're late getting on the road and you arrive at the yacht club gates Friday night at 2:00 AM, no cell phone reception, the gate code provided doesn't work and you're in a remote location about 20 miles from the nearest interstate highway.  Do you …


As Doug was straddled atop the 8-10 foot gate and I continued to punch in variations of the gate code, I had a vision of Doug suddenly being whisked to the side while riding the gate with all sorts of obstructions to get tangled in. He must have had the same vision running through his head because he shot me a dirty look and I stopped punching in codes and he dropped down and disappeared into the night.

You've illegally broken into a yacht club by jumping the fence and left your wife at the gate to deal with any police that may have been called. You have located a few cars you don't recognize in the parking lot that might have sailors sleeping in them and you now need to wake someone up, hoping not to get shot by any gun wielding Texans, so you can get the gate code.  Do you …


When Doug returned to the gate, having successfully retrieved the code and not been shot, we entered, left the trailer in the launch area, and went in search of a place to pitch our tent. We got into the tent at the top of a hill and woke up the next morning at the bottom. Upon putting our sleeping gear away, we looked down at the trailer hitch on the car and even though the trailer was in a different location, the connector was firmly attached with a bunch of wires hanging there.  Note to self … 2:00 AM is not a good arrival time.

It was a bit of a rough night and the wind for Saturday is looking iffy. You rig, sail out and start racing. Long about lunch time, you finish the 2nd race in 4th place while your wife is still on the course. It's hot as hell and the Race Committee sends the early finishers in to have lunch in the nice air conditioning.  Do you …


As Doug lounged in his boat near the finish line, the wind died and the motor boat slop caused him to drift backwards onto the race course while still well clear of any competitors. When there was a touch of a breeze, he sailed back up above the line but when sailing across the finish line a second time, the Race Committee sounded a horn and scored him with an 11th place.

When the scores come out for Day 1 and you see that your 4th is now an 11th and a little chat to correct the mistake reveals an interpretation from Race Committee that you had continued to sail and they must now count the 11th.  Do you …


As Doug was called into the redress hearing he was introduced to the protest committee: Bubba, Bubba, and Wayne.  Real names, I swear. Great guys, with a combined age that was well over 200. The redress hearing was most unusual wherein Doug stated the facts and the Race Committee said, I agree 100%.

You've lost your redress hearing but you don't agree with the results and you've heard that this issue has come up several times and it's becoming a precedent in the region.  Do you …

Since I don't want Doug to have an excuse not to wait for me at the finish line, "we" filed an appeal.  How would you rule?

Facts: These facts were undisputed in the protest hearing. Appellant finished the race and was scored in 4th place. While the first three finishers left the course for lunch, Appellant then lounged in his boat and waited for approximately 10 minutes above and near finish line for his wife to finish the race. The wind died and motor boat waves caused Appellant to drift below the finish line while still well clear of the course of any competitors (it was a long finish line). There was a slight breeze and Appellant used that to sail out of the racing area and upon crossing the finish line for the second time, the RC sounded a horn and re-scored him with an 11th place finish.

Dispute 1: RC and Protest Committee contend that Appellant had "continued to sail the course" when he drifted below the finish line. Case 127 of The Case Book - Interpretations of the Racing Rules 2013-2016 clearly indicates a competitor is finished when 'no finishing mark is influencing her choice of course." Appellant, by definition, had finished racing when he was scored in 4th place and scooched down in his boat to wait for his very lovely wife.

Dispute 2: Protest Committee also contends that "fair sportsmanship" required him to clear the finish line for all other sailors. This is a subjective statement with no rule cited as being broken and no such definition in the RRS.  Appellant was exercising "fair sportsmanship" to wait for his wife at the finish or there would surely be hell to pay if he didn't.

Lake Canyon Yacht Club is a great place to sail and they really go over the top on meals and in welcoming competitors. The Race Committee and Protest Committee were very well trained, very friendly and very respectful.  There were four competent PROs on the Race Committee and they had all been to training and a similar scenario came up on the test. They ruled the way they were taught. I just want to know if the instructor had it right because it doesn't feel right.

So back to the drama question, it's us isn't it?