The Ultimate Two-Way Radio for Sailors 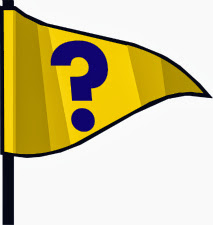 I’m always in search of shortcuts. The quickest learning I’ve ever done is when Doug is sitting right next to me on the boat so that I have instant answers to my questions as well as timely instructions when I’ve gone astray. So far, I’ve learned at an accelerated pace with Doug sitting next to me but there are still a number of things I have to learn without him on the boat. This means having Doug holler things I can’t hear or understand while on the water, waiting until I return to land or get a chance to raft up and then ask questions (if I can remember all my mistakes and questions), or heaven forbid, reading a book, attending a sailing clinic or seminar, and then experimenting and finding all the wrong ways to do things before stumbling upon something that works. Over and over I’ve said, I just need Doug to be able to talk to me while I’m sailing on my own and give me instant feedback and instructions. Not while racing but while I’m learning. With all the coaching I’ve seen him do, I know he could accelerate the learning curve by days and weeks if he could just talk to people while they are sailing. He can see so much while sailing beside someone or even from a chase boat but can’t communicate enough of what he sees while on the water. A two-way radio would be the ultimate shortcut (not to mention excellent safety gear).

We’ve been searching Google and there are so many options. We need a two-way radio that is submersible, floats and a hands-free headset would be optimal. Then we have to consider range, clarity without static, whether the wind would trigger the hands-free mode keeping the mic open, and whether it will pick up nearby sounds that distract from clear conversation. I talk to some people on their cell phones and it sounds like they are sitting in a quiet room even though they might be at a noisy hockey game and others are simply in the grocery store and I hear the background music better than I can hear them. Obviously, a two-way radio on the water that picks up all the surrounding sounds would be pretty much worthless. I’m sort of technologically ignorant as to why one phone is better than the other and although Doug is more savvy than me, he is the one with the iPhone that amplifies the annoying grocery store background music.

So, we begin our quest to find the ultimate two-way radio for sailors. We’ve done some research and have identified a few options and will purchase one and test it in a variety of sailing conditions. We’ll update this space as we purchase, test and either return or keep one until we have identified what we feel is the best option in quality and affordability.

With all the flags that we have in sailing for signals, I’ve yet to see the “taking suggestions” flag but just assume we’re always flying it and would love to hear suggestions, comments and feedback on what we should try.

Update 2-2-2014:  Uniden Model GMR5089-2CKHS - Submersible/Floating 50 Mile Range FRS/GMRS with 2 VOX Headsets and 2 Carabiners. Doug and I started with this model because it was the only one that had everything included and Uniden seems to be a marine favorite. We tested the units at home and got the voice activation to work.  We learned that Doug's Canadian voice just doesn't activate the mic but my Texan voice has no problems activating the mic so we decided Doug would be on the committee boat using the headset for hearing but keying the mic on the handset to speak and I would be sailing with a headset and be voice activated.  The test was me staying at the house while he walked the dog.  Stupid mistake.  On the water, the wind kept activating the hands free so that my mic stayed open and Doug couldn't get a word in edgewise.  He could hear just about everything I was saying or doing but for me he was essentially silent.  Next time, we both stand in the wind and mess with the voice activation sensitivity settings.  If we can't get the settings to work in wind, we return this model and move onto the next.  But, if we can get this to work, we might just stick with this model.  Stay tuned.