Robert Scheidt at the Oman Worlds

By Doug
On the final day of competition, everyone was kept onshore as there was less than the 5 knots needed to start a race. Robert had a one-point lead over Pavlos Kontides but looked relaxed as he hung out with other members of the Brazilian team. I thought our blog readers would be interested to learn from him, so I asked if I could take some pictures and have him explain his rigging and strategy.

He started by saying his setup was pretty simple. He was one of the last to switch from the old vang to the new vang, and had taken one of the loops out because the new vang is too powerful. The result is a 10:1 rather than a 15:1. You'll see that there were some markings on the vang rope.

The rest of his rigging looked like any other boat: 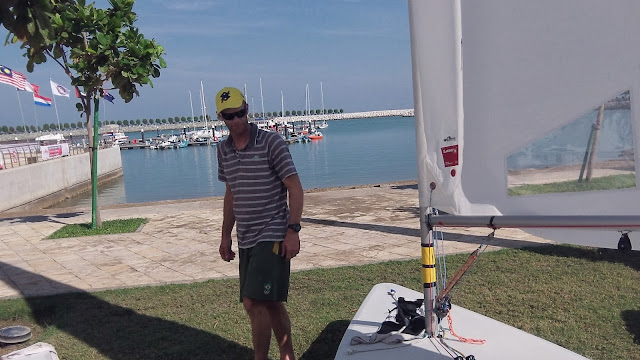 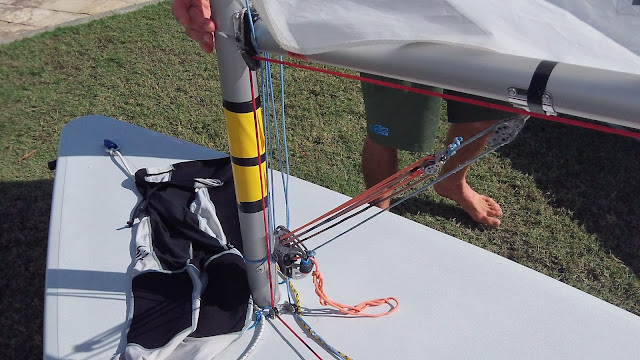 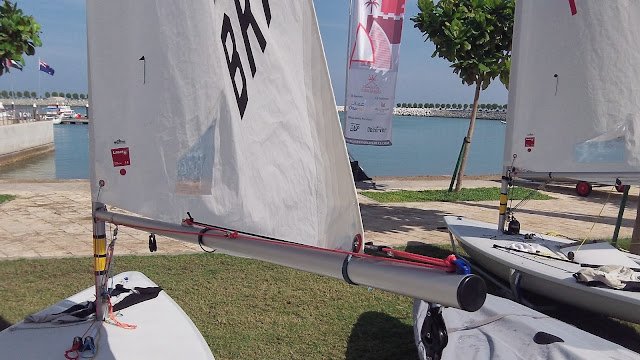 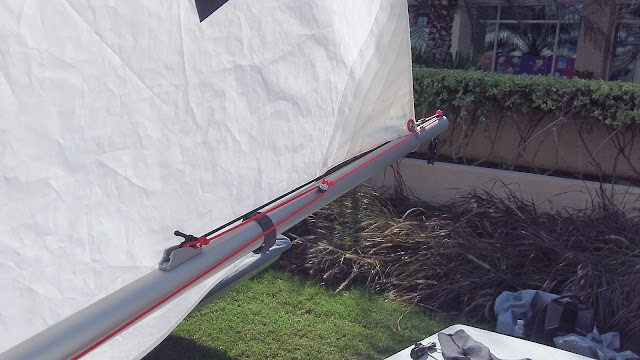 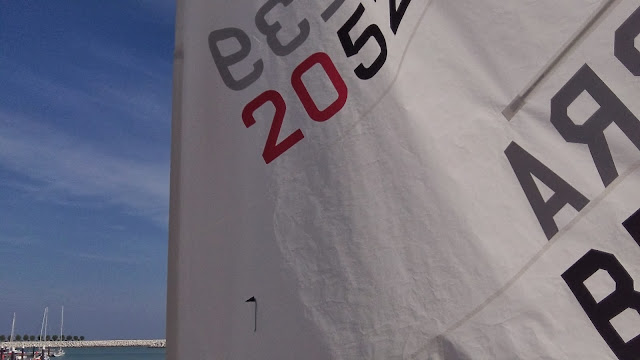 Looking at Robert's setup, it's clear that it's not the boat.

Robert does not sail with a compass and has not since the 2000 Sydney Olympics, which apparently did not allow them. He did say that there were times in when he missed having one because the windward legs were sailed towards the open water and there were no land references.

I asked what he's looking for when he stands up 2 minutes before the start. He usually does this from the leeward end of the line but I saw him once planing down the line on port standing on the transom with the tiller between his legs. He explained that he likes to plan the first 2-3 minutes of the race and then starts accordingly. He added that in light air as we had in Oman, starting in the middle of the line is risky because if anything goes wrong, there's no escape.

After the awards ceremony, I bumped into him as he was heading back to the hotel with an armful of trophies. I told him that a lot of people were happy that he had won. He responded in his usual gracious way, "You brought me good luck."