by Doug
WARNING:  This is pretty boring stuff unless you are a sailing/racing enthusiast.

Brett Beyer has just won his 8th Master World Championship and is an Olympic coach for several countries. In a typical race, he gains 100 yards on the fleet on each downwind leg. Brett is rare because he is both a fantastic sailor and a fantastic coach.

Brett was kind enough to watch race 6 that I videoed with a hat cam at the Aussie Nationals. The race summed up my Nationals and Worlds that followed: good upwind speed and bad downwind speed.  In this race, I rounded the first mark 25 seconds in front. So far, so good. But by the end of the run I was reeled in by Adam French. Here is the full video of the inner trapezoid course in segments small enough to upload to YouTube:

Brett watched these videos with me. Thirty seconds into the first run he asked, "where would you like me to begin?"  I thought, oh boy, this is going to be rough.  His initial comments were:
• On a run, use the mainsheet to stop rocking sideways
• In small waves, go left to overtake, right to hold the waves
• As a rule, head up in pressure
• Need less vang tension, more twist, and the boom in more

Brett's comments came so fast after that I would stop the video, take a screenshot, and type what he said. Here's the rest of the race: 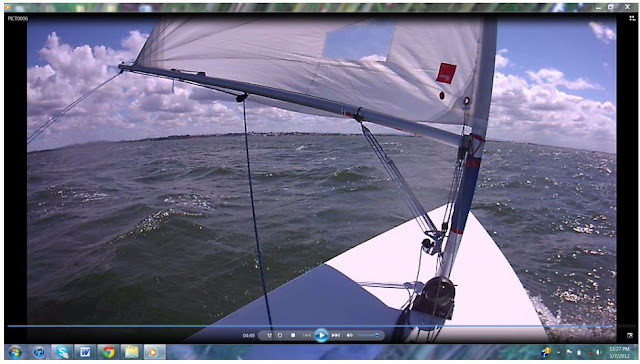 At the moment, the waves are not at right angles, should go right as left is too long, right must be shorter. If waves can be overtaken, avoid big waves unless for surfing. 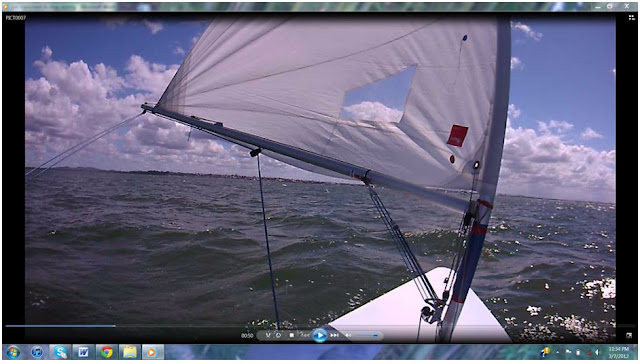 Waves are compressed ahead going right
Going to right to surf, left to overtake the wave
Right now, would probably go left 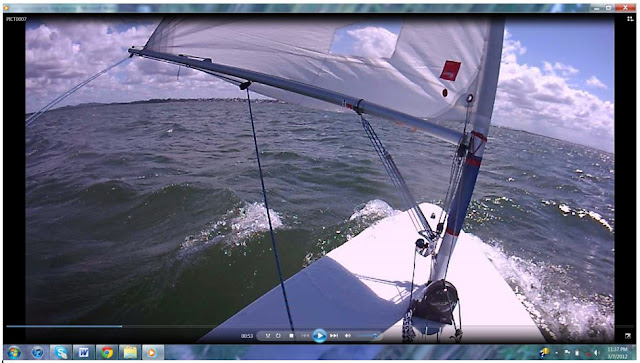 When buried, sheet in, dig left gunnel, go fast around the wave 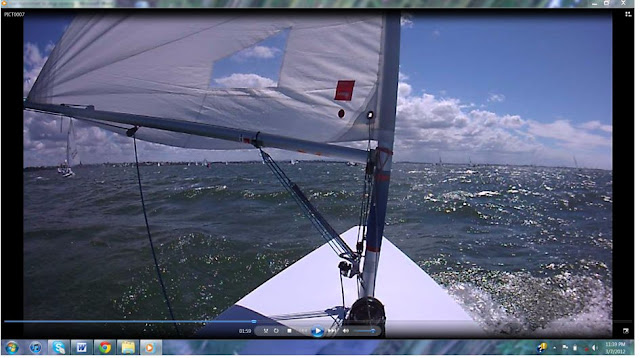 Lots going on here, not a good time to look behind at boats, pressure
Going left or right depends on where the mark is, especially near the bottom of the leg 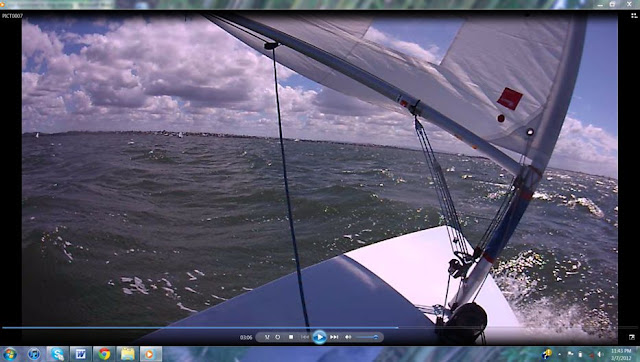 Enough speed/pressure to continue sailing by the lee 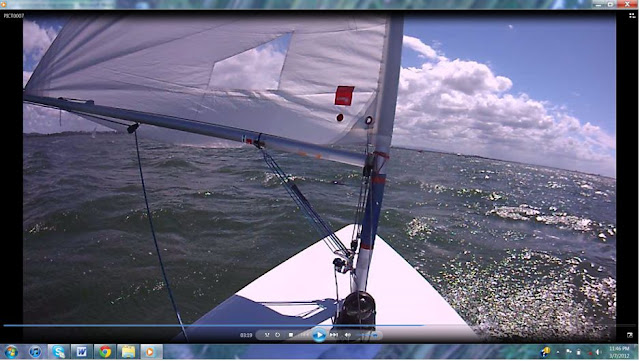 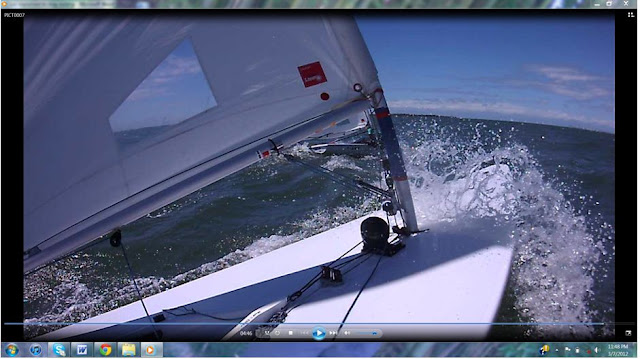 Look around only when no waves!!!!!
Pointing well compared to 3-time world champion Adam French 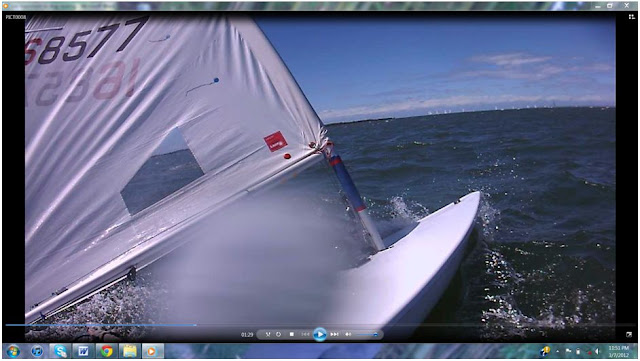 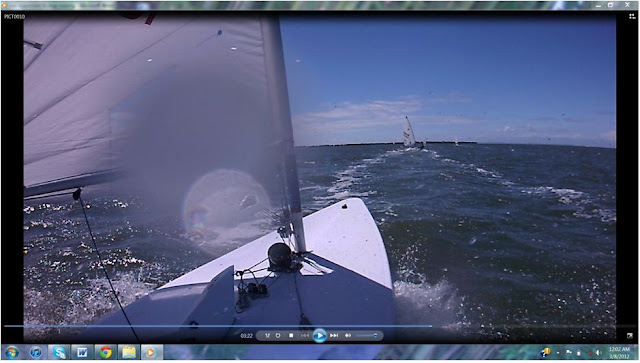 Too much movement in the transition, not focused on the top waves
Go low if necessary, I went high, was slow, pissing around 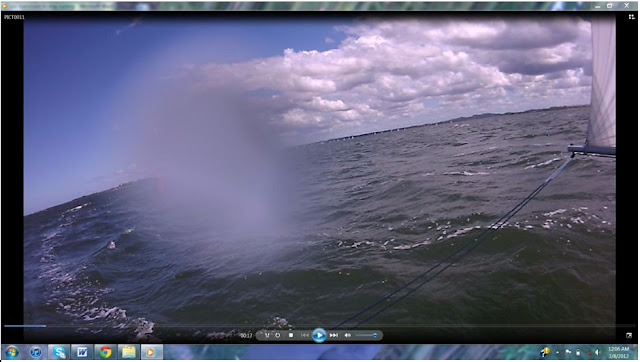 Reach to run transition (mark is behind blob): too wide a turn unless on a big wave 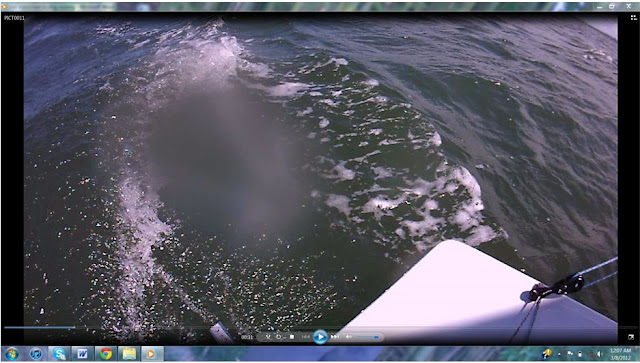 Weeds: no need to check as you can see down 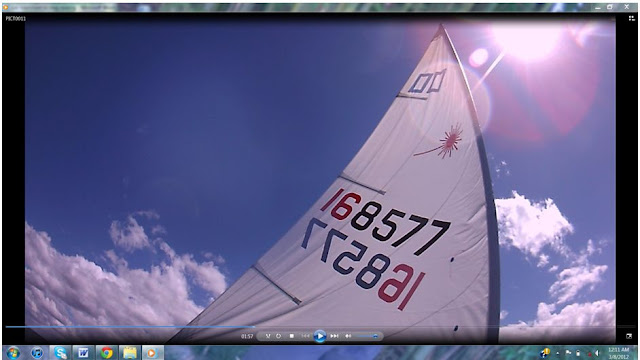 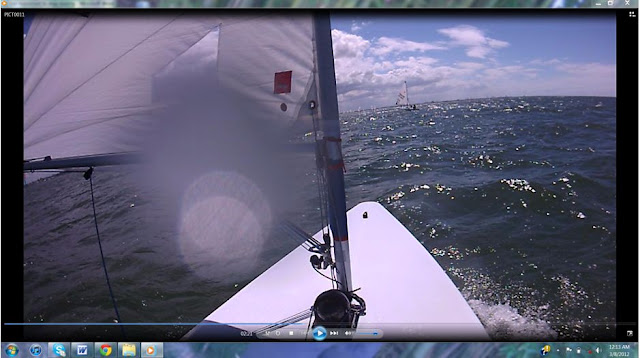 On a run, should sometimes head up, hike, really move
With slower smaller waves, look back for more pressure, not more waves 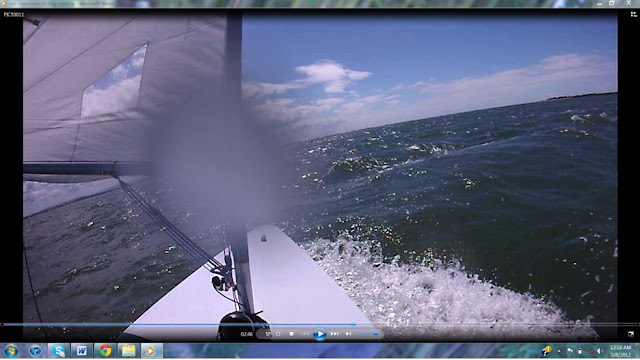 Left is too late, a good wave was to the right if acted sooner
But my boat is set up to bear off (heel, sheet) but trying to go right... slow 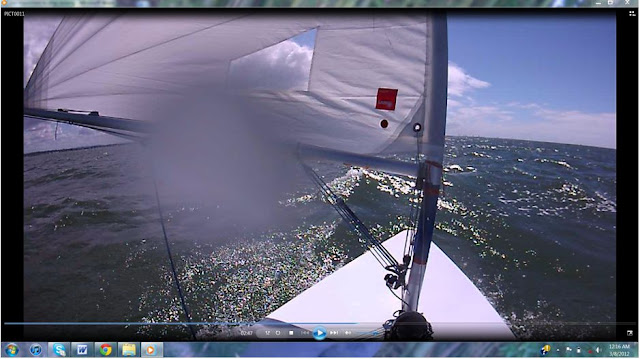 Should have sheeted in, leeward gunnel down, head heat up 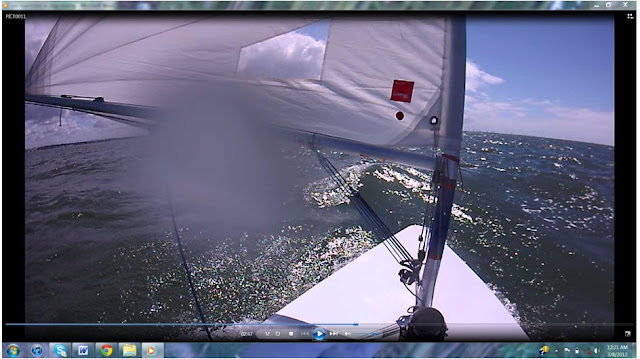 Vang still too tight, boom out too far, too narrow a setting for carving 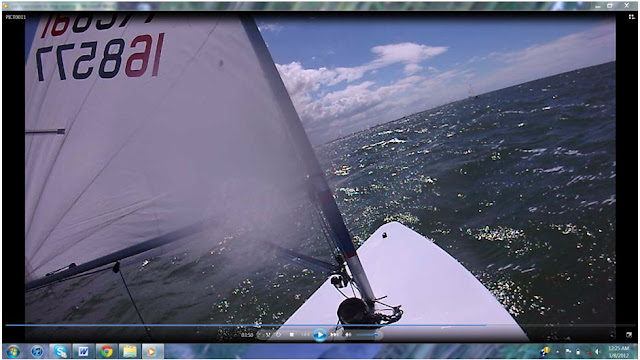 Good because lots of speed when going right 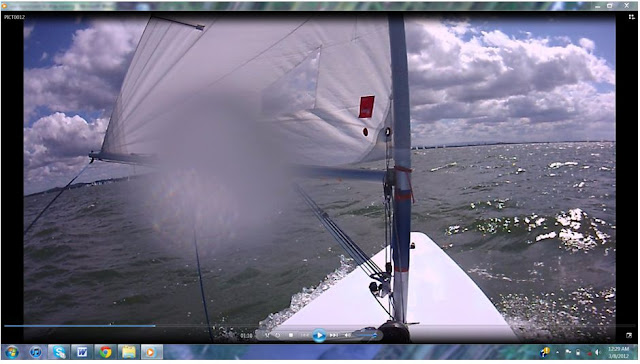 The goal is to overtake if possible
Good speed here but wasted for overtaking to the right
This is a good example of a wave to the right that could have been passed
Should have dipped gunnel, sheet in, squirt 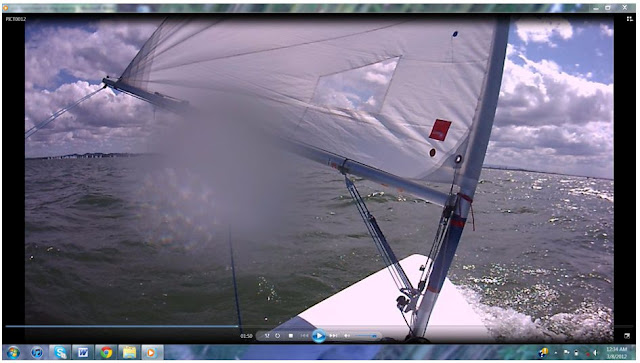 Another example of jumping a wave

Thanks to Brett for his mentoring and friendship.