Al Sargent has written great report about the recent Puerto Vallarta ILCA Master Worlds. He’s sharing lessons learned, helping others improve in their Laser sailing, and encouraging others to attend regatta like this one. There’s a goldmine of info, here’s just part on starting and another on working with a digital compass:

·    Using a compass. It was crucial to use a compass to find the favored end. Right after we had our 5-minute warning signal, I’d sail up to the committee boat’s flag, bear away to a beam reach, point at the pin end, and get the compass bearing. Since my vang was max eased and mainsheet luffing, I was pretty much motionless. I’d wait several seconds for the compass to settle down, get the bearing, then add 90 degrees to get the perpendicular heading. I’d sail down the line, get clear air, and take a wind shot. Again, vang off so you don’t get knocked in the head. So much more accurate and quicker than having to sail upwind on either tack and guess!

·    Practice starts. Once you've done a wind shot and have a hypothesis on where you’ll start, do a practice start at that end. This will inform your time/distance thinking as well as laylines to the pin or boat.

·    Agile strategy. I’d get one or two more wind shots, the last one around two minutes to the start, which gave me enough time to sprint to the favored side. This allowed me to make the right choice even if the wind direction shifted late in the starting sequence.

·    Not taking huge risks. I didn’t try to win a side if it was risky. For instance Adil Khalid (UAE) lined up so close to the pin boat that he could barely clear it without luffing head to wind and sculling. I was happy to start one up from him since, by the time we cleared the pin, he’d slowed so much that we were even.

·   Seizing opportunities. At the same time, if a side of the line was uncontested, I wouldn't hesitate to start there. In one race, eventual regatta winner Adonis Bougiouris (GRE) tried to win the committee boat (right side). Problem was, he was next to the committee boat at 45 seconds to go. Even with doing a downspeed backup maneuver (backing his boom), he still allowed enough of a gap for me and Adil to safely start to his right. See below.

·   Quick bailouts. When getting shot out the back at a start, I’d very quickly bear away and tack onto port and duck boats. Typically when I started my tack, there’d be several boats to duck. But since other boats were bailing onto port at the same time as me, I’d only end up ducking maybe three boats — much less painful.

·    Quick parks. If I ended up next to someone prone to backing up (i.e., Adonis), quickly pushing out the boom for a second to stop allowed me enough of a gap that his backups wouldn’t impact me.

·    Drive-by snakes. When sailing on port, oftentimes starboard tackers will bear away to keep you from taking their hole. In these cases, it’s best to casually sail by, uninterested, then when you’re off the leeward corner of their boat, in their blind spot (since they’re looking ahead and to leeward), tack and take their hole. Credit to my squadmate James Espey for teaching me this one. Doing this, you need to comply with the rules: approach so there’s a ~five-foot gap between you and the windward boat (so they can initially keep clear), and sail straight until your pivot point (daggerboard) is ahead of theirs. Then slowly luff so that you lock them to windward of you, again while providing them with ample opportunity to keep clear. It’s aggressive but rules compliant.

·    Down-speed weakness. In one start that was pin-favored, Adonis did a downspeed backup, which kept me from moving forward. Not able to match his move, I got shot out the back and had to do one of those bailouts.

·    Sloppy rigging. In another start, the tail of my outhaul tie-down line was in front of my timer on the mast. At 20 seconds to the start, I leaned forward to tuck it away. “No harm to fix this, we’re all luffing,” I thought to myself. Bad idea. The boat to windward sheeted in right as I did this. I sheeted in a second too late and got rolled.

What to do differently:

·    Get better at downspeed maneuvers on the start line: backups, double-tacks, and half tacks. 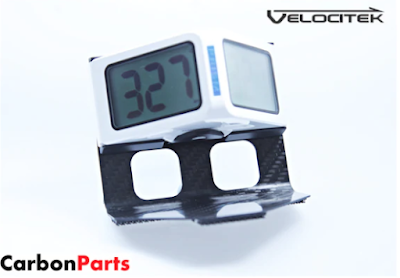 Not assimilating wind data. This one’s a more subtle mistake with a major lesson. In race 12, in the restart, I did a wind shoot and saw a wind heading of 260 degrees. After the start, halfway up the leg, I found myself on starboard between Adonis and Ernesto Rodriquez (USA) — good company, right? Our starboard tack heading was about 208, and we were well left of rhumbline.

What’s wrong with this picture? A 208 degree heading + 35 tacking angle implies a wind direction of 245 degrees. We were eating a 15-degree header and letting boats get to the right of us. As it turns out Peter Hurley (USA), who was behind us at the time, got right, and saw a starboard heading of 230, implying a wind direction of 265 degrees.

Rather than cruising into oblivion with Ernesto and Adonis, I should have tacked on that 208 heading.