Thoughts from a Female Sailor at the Laser Master Worlds

Intro and Comments by Pam
We received an email from a sailor we met through the blog and then at the Worlds in France and again in Split, and she wanted to share her thoughts. The email made Doug a bit emotional because he's seen me deal with some of the same issues when I've sailed with the local Laser sailors. Not all of them, but enough that it isn't fun and it brings out a protective side of Doug where he drops the gloves and says 'it's on!,' and proceeds to school the offending party on just how not fun he can make sailing for them. Not the most mature response ... so I am adding my comments below instead of Doug. 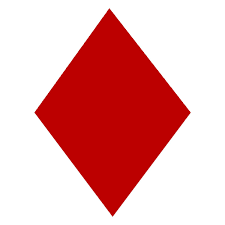 by Ute
Some thoughts from a female sailor of the last third of the fleet...

What I describe below sounds very negative and this clearly is not my intention. First of all I want to emphasize that I enjoy going to big regattas, sailing with nice sailors from all over the world, and making friends. So the negative I describe, fortunately, is only a small part of what happens during regattas.

1.
I think, and I know that many women agree, that we sail against different "groups" of co-sailors: [Ain't that the truth.]

1.1.
Other women: usually very competitive and at the same time nice, decent, knowing the Racing Rules of Sailing, and sailing accordingly. [So very civilized and fun.]

1.2.
Sailors I call "men": fortunately the vast majority of the fleet, just as the "women" nice, decent sailors, competitive, knowing the Racing Rules, and sailing accordingly. When racing, they do not make a distinction as to whether they compete against a male or a female sailor. [Always such a pleasure to sail with them.]

1.3.
Sailors I call "macho men": they act differently when facing a competitive situation with a female sailor in contrast to a male sailor. Whether you are in front or way back doesn’t matter. Just being in the situation where a woman sails as good (or bad) as this "macho man" makes him act unreasonably and forget the rules he usually knows more or less well. This group of sailors is often hard - or impossible - to distinguish from the following group, the

1.4.
"stupid sailors": surprisingly many sailors that go to the World Championships fall into this group and are typically found in the second half of the fleet. These are sailors who don’t even know the very basics of the Racing Rules. They just think about their fastest and easiest way to the finish line. In 2014 in Hyères, and also this year in Split, I filed protests that I easily won. This year the sailor I protested really thought that - being the windward boat on the same tack - he could bear away and not give me my right of way just because he had a bad tack and could not build up speed afterwards. 'What could I do? If I had gone higher, I would have not been able to move upwind….' (His statement to the jury.) And this is just one example of many. Doug, I am perfectly sure that you do not have the pleasure of experiencing this kind of situation at the top of the fleet. It’s amazing to watch the jury more or less successfully trying to suppress too obvious smiles… [It is indeed a challenge to distinguish between the overly aggressive and the challenged sailor. I can identify with the challenged one because I've been there, sometimes still am, but I really dislike the overly aggressive one.]

2.
Why is it that so many sailors just stop thinking after they get what they want. Firstly, this holds true at the starting line. With 60 to 70 sailors in each fleet and three to four fleets in one racing area, I think it would be nice that you don’t linger on the starting line. Everybody tries to get a line sight or to determine which end is favored. So why don’t we all leave the line after we have gotten what we want? And, secondly, why can’t the sailors who have completed the last race of the day go a little bit further upwind to not completely block the air for those sailors still in the race. In the last race of my fleet in Split, the boat end was favored. I had tacked accordingly on the starboard lay line - and finished about 3/5 towards the pin-end, just because of those sailors who blocked the wind and created wake after finishing and directly heading home to the harbor. [Being on the finish line boat, I am always amazed at how many sailors at the front of the fleet turn and sail right into those finishing. I've seen the finish line boat repeatedly holler at them to go around and it always catches them by surprise and seems to have really never crossed their minds because they are so tired. Only the very, very top sailors seem to have the muscle memory to turn the opposite direction from home to avoid the finishing fleet. Brett Beyer comes to mind. He never turns into or interferes with the finishing fleet.]

3.
Why is it that so many sailors just push their way through to get in the water in the morning or back on land after the races? In Split we had only four small ramps. So, coming back from the races was always a challenge. And you could count on the fact that, when several sailors came in at the same time and had worked out in what order to use the ramp, another sailor would aggressively come in, passing everybody else and being on land and dry within a flicker of an eye. This was, frustratingly, the case the one day the Bora came in at the end of the racing day. The harbor was packed with boats, what was described as the first motor boat blockade ever was set up so that not all boats jammed the ramps at once, boats where ramming each other or capsizing, one woman basically hung in the mooring lines of big boats secured in the harbor. And some young, strong standard sailors just passed them…. [Watching this dynamic of getting in and out is truly fascinating. So many different personalities at play. What I have observed is that the more people you know, the more considerate they are or the more willing they are to apologize and tell you why they need to jump in front. Doug spent more time patiently waiting than I would have, mainly because he observed a lot of inexperience and he didn't want to get tangled up and tipped by one of them but a few times someone he knew saw him waiting and knew he had broken ribs and would holler at him to go ahead of them.]

If everybody thought a little bit ahead, if people knew the Racing Rules better (my American husband insisted that I learn the Rules when I started competitive sailing and we still learn by discussing different situations after regattas and checking carefully word by word what the Rules say), if people talked more to each other on the water, the races would be so much nicer! [I couldn't agree more. The longer you attend these things, the more you learn and the more people you get to know. Doug has introduced me to many a person that he has met on the water or in the protest room in less than desirable circumstances and went on to become good friends with them. Another thing I find fascinating and encouraging.]

"I have found over the years a lot of respect and camaraderie amongst most sailors. I do find as a female sailor that the diamond is a disadvantage in a fleet especially in the latter part of a race as basically many competitors will choose to be ahead of a diamond if they can be. I have become aware of this and best way is to be clear ahead if possible and certainly not take it personally. Leave it on water and share support on land."

Email ThisBlogThis!Share to TwitterShare to FacebookShare to Pinterest
Labels: Middle of the Fleet Stuff