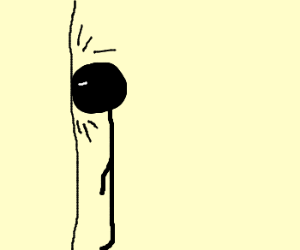 I rarely read the Sailing Anarchy forum these days but when I do I always get a quick read on the some of the questions being asked by the class members (and non-members). Things usually begin with a little speculation, then a few people throw in a couple of facts, then the speculation continues on this mixture of speculation and facts.

It's like reading one of those historic fiction novels where you can't tell where history leaves off and someone's imagination kicks in.  Finally, I get frustrated and head to the Internet to look everything up for myself just to satisfy my curiosity.


One of the questions recently was about the ILCA.  What kind of entity is the ILCA?  Where is the main office?  I did a little research and couldn't find a definitive answer but it appears the ILCA (or their attorneys) may be misrepresenting the organization in some legal documents.  I always start by following the patents and other legal documents.  Presumably, they'll want to be sure to get this stuff right:

In 2013, when the UK patent application was filed, the UK database indicated the ILCA is "incorporated in the United Kingdom"

In December 2014, document 174 of the Kirby/LPE litigation has an Affidavit from Tracy Usher stating "ILCA is a self-administered, self-funded, non-profit international organization ... As of June 24, 2013, ILCA registered in Texas to become a non-profit corporation.  The name of the corporation is "Laser Class Association, Inc." but it still operates as the ILCA with its primary offices still located in Falmouth, Cornwall in the United Kingdom."

As of Septemper 13, 2015, the UK Land Registry shows Jeff Martin as the current Lessee of 51B Church Street, Falmouth, UK TR11 3DS but the lease also indicates the lease termination date was January 31, 2013.  Companies House has always been the 'go to' place to find information about a UK company and yet the ILCA isn't listed.

Why would Jeff Martin have the lease for the UK ILCA office in his own name unless the ILCA really is an unincorporated association, as I believe those types of entities can't hold title to property?  It is my understanding that under British law, the Isle of Man is not part of the UK.  So, given the legal documents in place that have declared the ILCA to be a UK company, I'm leaning toward believing that it is an unincorporated UK association.

So, I'm left with more questions than answers. I'm going to have to stop visiting Sailing Anarchy.  It makes my head hurt.