By Doug
People email us updates and questions. Pam and I appreciate this and many of our posts have started with updates and questions like "how do you use your compass?"  I used to give courses for HP in Australia and learned then that one of the best ways to learn is actually by teaching. So, please feel free to contact us using the link in the right column.

We received this from Rod in Brisbane (reprinted with his permission):

I tried your “approach on port and find a hole to tack into” technique in the last two races on Sunday, RQYS. It worked really well, for some reason it seemed a lot easier to see the obvious midline sag and be able to tack in front of the starboard tackers all luffing each other.

It must be pretty challenging doing this in a Worlds-level event though with so many on the line. Do you only do it if it’s a longer than usual line? Do you try to time it to tack onto starboard then just go go go, or tack with still time to luff and defend etc?


Each location calls for it's own starting strategy. For me, these were the factors at Kingston:
Putting this all together, this is what worked well for 14 of the 17 starts that we had in Kingston: 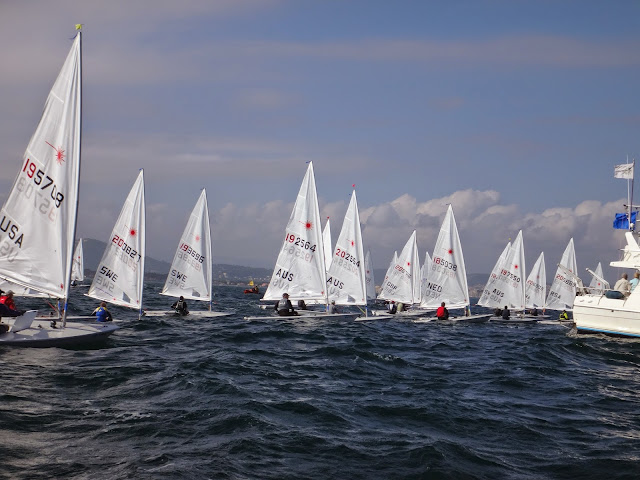 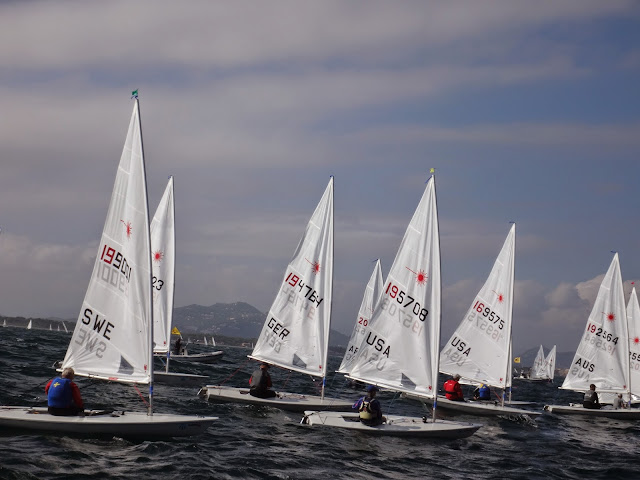 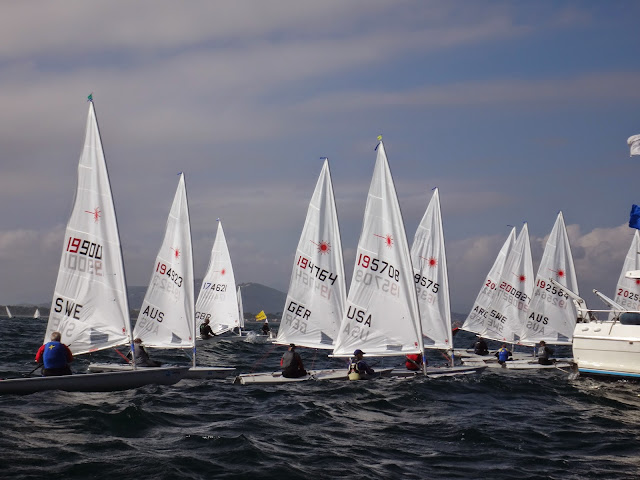 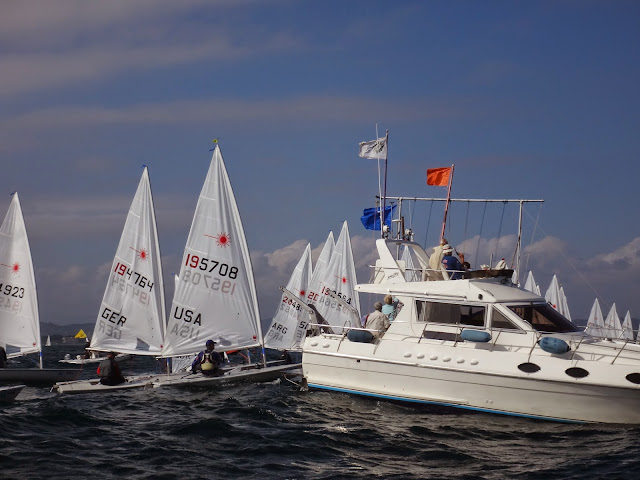 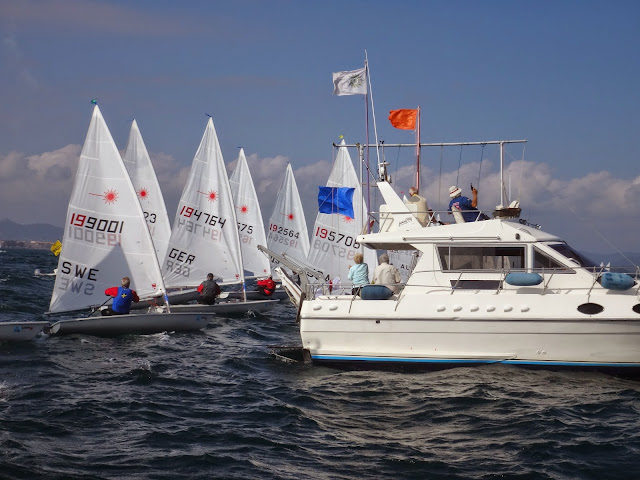 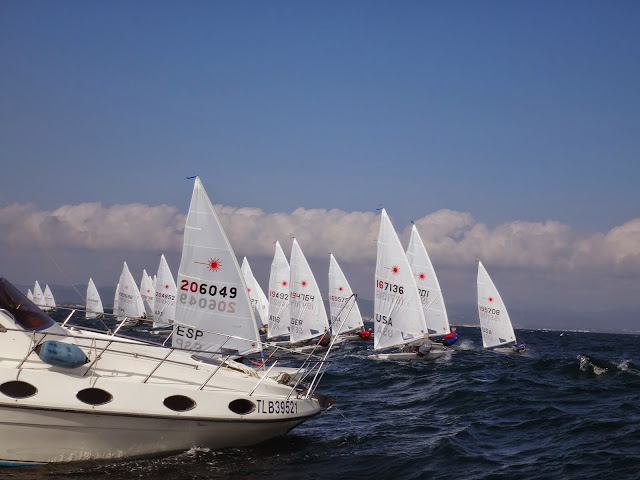 A warning: if you look closely, there was a platform at the back of this committee boat. As it rocked up and down, this platform went up in the air and then crashed down under the water. I was less than a meter away and it could have damaged both my charter and me. Starting at the committee boat can be scary!

It’s the great guys such as yourself, Beyer, Bethwaite et al who get there early, and use your experience to experiment for the conditions, pace one another, and reassert that edge in speed, who usually do well. I guess this is a psychological advantage as much as a real speed advantage?

It's both, and it's not surprising that the best people arrive early to practice. This is especially important for people like me who do not have training partners back home. But the best part is being able to practice with the best master sailors in the world.

PS With your meticulous and fascinating race-by-race observations, I still think your blog is far and away the best Laser blog ever, if not the best sailing blog ever!