By Doug
So, you've got clean air off the starting line... what's next? We'll look to see if there are clues about which side of the course is favored. This will depend on where you are sailing, and there is good news.

The top sailors tend to sail in open water where the top events are held. Most events for middle-of-the-fleet sailors are on lakes where there are lots of clues because the wind is not as steady. And the less wind you have, the more clues you'll see because the wind has less momentum and changes direction and strength more often.

In the last post, we looked how the good sailors starting at the favored end of the line can get trapped going the wrong way. But middle-of-the-fleet sailors who get clean air are more likely to be able to tack when they want. Consider a pin-favored start but where there is better wind in the middle or on the right.

In this example, middle-of-the-fleet sailors have a great opportunity to have the line bias clear the unfavored end of the line. This permits them to get a good start at the committee boat, get clean air right away by tacking, and head for the dark patches. Many boats at the pin will be unable to do this and will go the wrong way for enough time to negate their pin-favored start.

In these conditions, the golden rule is to stay in the pressure where there is more wind. I'd rather be conservative, go for clean air, and then head for the pressure knowing that sailing in pressure in light air is more important than on being a lift. It's pretty simple: dark patches = more wind = more speed. For me in these conditions, wind strength is more important than wind direction or line bias.

Here's a more interesting example where the patterns show exactly where the pressure is. If it's pin favored, this wind pattern might be wasted because very few in that group will be able to tack. 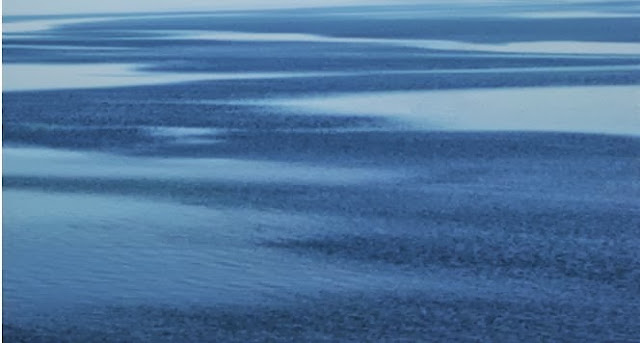 I'd much rather start where I'm able to tack. Here's why. Look at the wind as an obstacle course - where do I need to go to avoid the dead patches and stay in the wind? 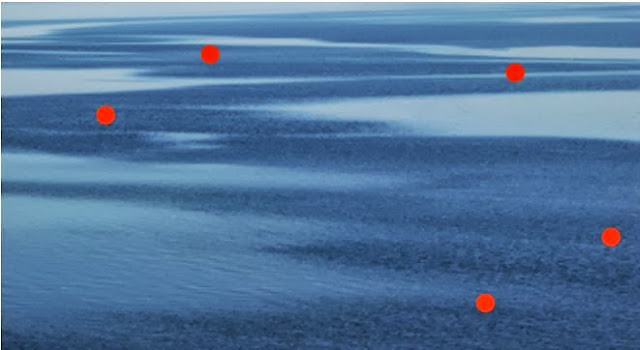 Planning the route is simply connecting the dots, and the first dot is off to the right so I'll need to tack ASAP. 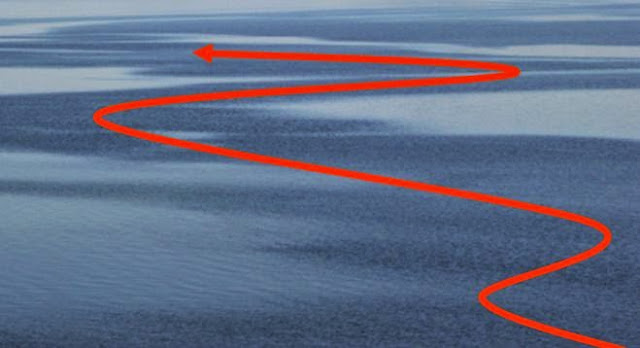