A Lazy Man's Trip to Oman

By Doug
The results of Mussanah Race Week have just been published. This was a practice run for the Laser World Championships to be held there later this year. There are pictures and videos that show what the conditions could be like.

The first thing that I noticed is that, for open water sailing, it was not very windy and the waves were small. In fact, it looked more like the lake sailing that we get here in . Interesting...


The next thing I noticed was how the fleet set up for these conditions - they often sailed with "speed wrinkles." This was the fad that started in the 80's for medium conditions where, as shown in the picture, the cunningham is left lose so that there are wrinkles from the mast down to the clue. Frank Bethwaite once explained to me how these can be fast because the turbulence "washes away the boundary layer," which is also why sharkskin is not perfectly smooth. But the speed wrinkles in the pictures are bigger than I have seen for many years, including with many of these same sailors when they sailed in the Olympics. Interesting...

Multiple Master World Champion Wolfgang Gerz (GER) was there getting used to the conditions. I'll be competing against Wolfgang. He's very fast but only managed to finish 28 in a fleet of 44 boats. His best finish was a 16th. Very interesting... 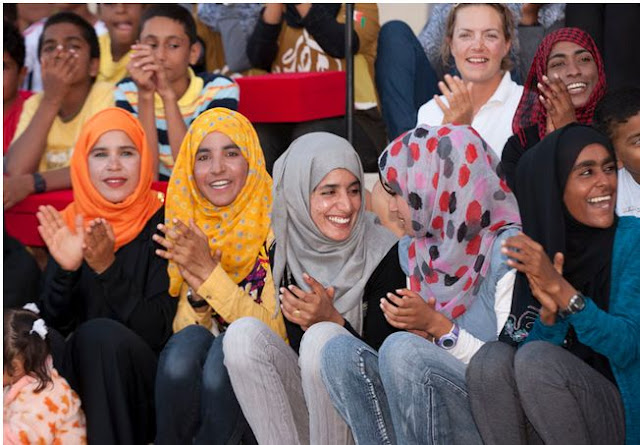 The local women appear to wear normal clothing on the water but wear their Hijab on shore. The women travelling to will be pleased to see in the picture that foreign women are wearing their normal clothes.

Ash Brunning (AUS) was there competing and has posted a good update, and you can read more about Oman here.  The Oman Worlds should be great.

Email ThisBlogThis!Share to TwitterShare to FacebookShare to Pinterest
Labels: Training