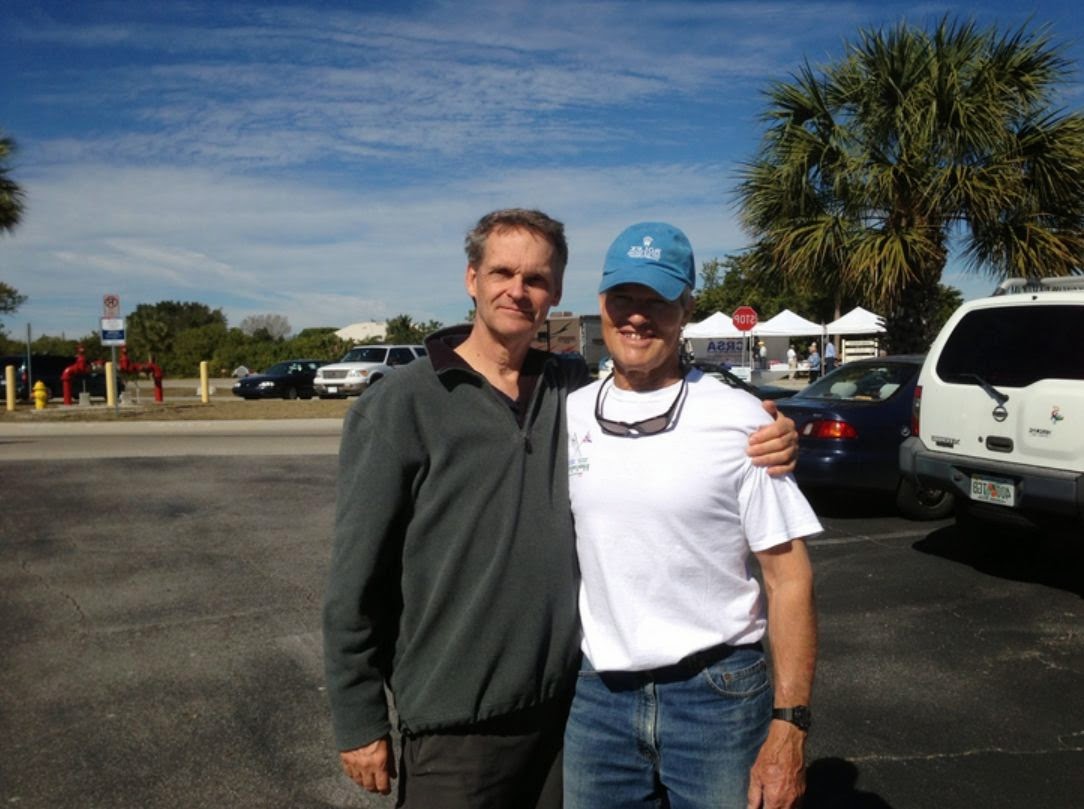 After the Master Midwinters, I was talking with Dick Tillman about the upcoming Midweek Madness and Florida Masters and he said, "This will be my last Laser event." I asked, "You mean this week?" And he answered, "No, these Midwinters."

This was a piece of sailing history I did not want to hear.

Dick has been a sailing icon since winning the first three North American Championships, from 1971 to 1973. Ten years later he won the North American Masters, and in 2002 won the Great Grand Master Worlds. Is seemed like Dick would sail forever but, at the age of 76, he's retiring from the Laser.

This is a reminder to all of us that the Laser can be a brutal boat to sail and that we will all reach a point where it ceases do to good and starts to do harm, and it's time to move on to other challenges. I've had the privilege of sailing against Dick on many occasions in many countries. He represents everything good about our sport and will be missed at Laser regattas. He's a classy guy and his book, of course, is a classic.